Will crowdfunding for real estate boom in Singapore and nearby regions? 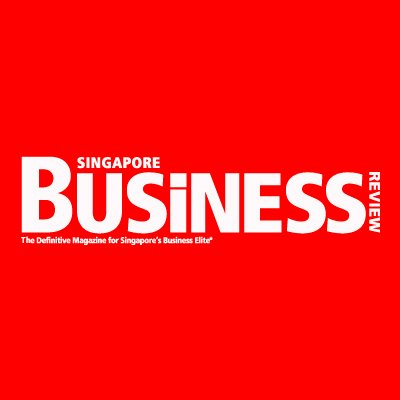 Will crowdfunding for real estate boom in Singapore and nearby regions?

In the last few years, the buzzwords for Internet businesses have been  “crowdsourcing” and “crowdsavings”. Of late, “crowdfunding” has caught the imagination of the tech business community with the success of online crowdfunding sites such as Kickstarter, Indiegogo and Razoo.

Some of the early adopters and smart money are betting that platforms to crowd fund artistic ventures to investment projects could be the next money-spinners.

The idea behind crowdfunding is simple – break a large funding requirement into bite size portions that individuals can easily afford. To illustrate, say an artiste requires US$20,000 to record an album, while he could attempt to fork out that amount, not many people, especially struggling musicians, have that kind of money to burn.

What happens most of the time is that the artistes would approach close friends and relatives to help finance the album.  While many aspiring musicians start out this way, the amount they can raise, which would ultimately result in whether they can eventually record an album, is a result of their personal network and their access to funds.

That is where a crowdfunding site like Kickstarter.com comes in. Through the site, the artiste will be able to promote his idea to the rest of the Kickstarter users. Those who like his music can choose to finance it. Users can contribute any amount until the target is achieved or the funding duration expires.

While not all projects listed will secure the funding they require, the platform has opened an alternative financing avenue for artistic projects to seek financial backers.

So far, this model seems to be working well and is very lucrative. Based on online reports, one of the hottest crowdfunding platforms, Kickstarter.com, raised about US$119million in its third year of operation and the company’s valuation is more than US$300million.

Naturally, this begs the question. Since the crowdfunding site has done well, would it not be applicable for real estate and infrastructure projects as well?  Would real estate developments not be able to benefit from the same mechanism and allow project initiators to break their funding requirements into bite sizes, while allowing individuals to take small stakes in it?

After having done some feasibility study as well as sought the counsel of our legal advisors, we have reached the conclusion that Kickstarter’s model of crowdfunding is not directly applicable to the real estate markets in Singapore and nearby regions.

This is because the legal requirements for properties purchases are more onerous than recording a music album or any other kinds of artistic pursuits offered on Kickstarter.

In addition, the funds that investors would have to put up to finance a development or co-own properties is significantly more than the minimum pledge of US$1 for Kickstarter projects.

As the risk and repercussion of a failed project is also significantly greater, more due diligence is needed and it would not be possible for someone to decide whether to part take in a project simply based on information available on the website. In short, to simply carbon copy the Kickstarter model and apply it to the real estate market will not work.

Nonetheless, it is undeniable that Internet has a vast reach. Thus the key would be to find a way to leverage on the scalability of the Internet, while addressing the issues that are unique to real estate deals. Putting things into perspective, real estate investing among groups of people is nothing new.

Hence, innovation will have to come in the form of applying the Internet on to a workable business model that can be scalable. If done correctly, such a platform would potentially open a new front for real estate deals and financing.

To give a sense of the potential market, in Singapore alone, private property investment sales raked in S$14.14 billion for 1H 2013 (Source: http://sbr.com.sg/commercial-property/news/private-property-investment-sales-raked-in-499b-worth-deals). The regional real estate market is worth much more than that.

And even though the use of Internet is not widespread, especially in some of the developing countries, any platform that can capture a fraction of the regional real estate market could likely see substantial returns.

In conclusion, while it may not be easy to find a workable crowdfunding model for the real estate industry, looking at the type of potential returns, some savvy investors and entrepreneur could find the massive potential worthwhile.

As the saying goes, “fortune favours the brave”. Some of those who attempt to develop a workable business model could eventually end up with the next big thing in their hands.