Beyond the Kickstarter model for science crowdfunding 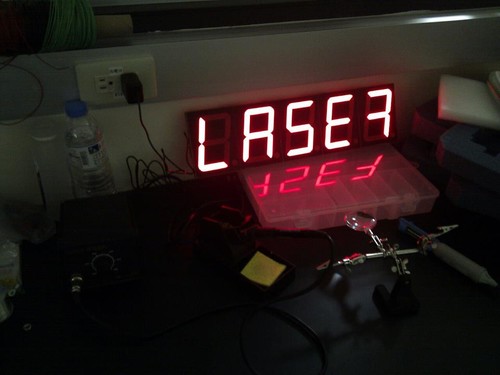 Beyond the Kickstarter model for science crowdfunding

In the startup world people pitch ideas quite often in the shorthand of “we are X for Y”, drawing on an existing (and successful) “X” and a new market or audience “Y”. It’s very convenient, while have to be extremely careful not to be sucked in by its simplicity and really equate it with “we are doing everything completely the same as X, just for Y”. One such combination where I consider that very harmful is the topic of science crowdfunding, and the multitude of sites being “Kickstarter for Science”.

The Kickstarter model works very well, when there are things to give away, when the end results are physical products, or can produce something physical related to the project (for example postcards and DVDs for performance and art).  For most of the science projects, that just doesn’t work, quite often there’s nothing really to give away for a wide audience, that would attract enough funding (though will come back to this later). I think the whole model of what do supporters get needs to modified, and on a higher level, have to answer the question of “What is the purpose of all this?”

To get to some possible answer, first a bit of exploration. One of the first things to see is who could be the beneficiary of the project? The star professors working at big universities, they often have more money from grants than they can spend, probably they are not the first ones to think of. On the other hand, there are smaller colleges with ambitious researchers and students. There science fair students. There are independent scientists, hackerspaces, non-profits. The funds for many of these are a problem, but there are even more common problems I heard so far: lack of knowledge and lack of community/connections. The latter can affect very successful professors as well, in less well connected places (like here in Taiwan).

Another insight I got from watching Zack Braff’s reply to his critics, over his Kickstarter campaign for a new movie project. In that video he mentions what got him onto Kickstarter in the beginning: being able to have a backstage view to awesome projects, by receiving first-hand experience of the makers. That’s what he put at the centre of his campaign too: (paraphrasing) “If you fund me, I’ll be able to show you how a movie is made from beginning to the end, like you’ve never seen it before” (and apparently 46,520 people thinks it’s an awesome idea, myself included). Maybe that backstage view would be motivating to just enough people to support a particular science project that they are interested in?

So to come back to the question of purpose: what if the driving principle was “Promoting and enhancing Open Science“? Would this be a focused enough mission to create a sustainable model?

Fitting this into the previous examples: what if science fair students can get support for their projects: monetary from family and community who has such vested interest in them, but beyond that, the project would also try to connect those students with professors in the field their project is, while providing feedback and education to do their projects in a transparent, responsible, and interesting way. Besides the benefit of getting their projects done, could this create better scientist and more interested public in the long run?

Similarly for independent scientists and professors alike, openness, collaboration, and more transparency could enable them to do better and more science. I feel, as Tim O’Reilly said about writers, for scientists as well the problem is not that someone will steal your idea, but that nobody have heard about what you are doing.

That’s not to say, that scientists should spend all their time promoting their research, but to make it accessible. People should be able to see how a great lab-book looks like, what raw data is, what is a failed experiment and why did it fail, see how long certain things take in the lab, what is the thought process of a discovery. This is of course some overhead – when people are writing things up, they are not doing the experiment. On the other hand, I am a firm believer, that taking some time to think and being “forced” into putting thoughts down into coherent form has an amazing positive benefit on the long run. That’s how real understanding can come about too, and it will make a better scientist, compared to putting short-term efficiency as top priority.

All in all, I think a platform that have a priority list of first Openness, then Collaboration, and finally Funding would work the best for the mission of enabling more people doing more and better science. Some sign of this I can already see from existing places, like the experience of the Serengeti Live project which found collaboration with Zooniverse.

There are a LOT of science crowdfunding websites (as I’ve seen many on a list on Reddit), though many of them are closing down or inactive as founders moved on, like IAmScientist,Petridish. There are others still going on, for example Microryza, which I admire as founded by scientists since they wanted to get funded as well, though I think the reward of nicely formatted report at the end of each funded project falls short its potential.

Who will build something based on this and will it work? I don’t know yet, but I’ll sure do everything I can for Open Science and discovery in the meantime, and work to become a better scientist myself.