A New Crowdfunding Site That Will Actually Help Get Products Built 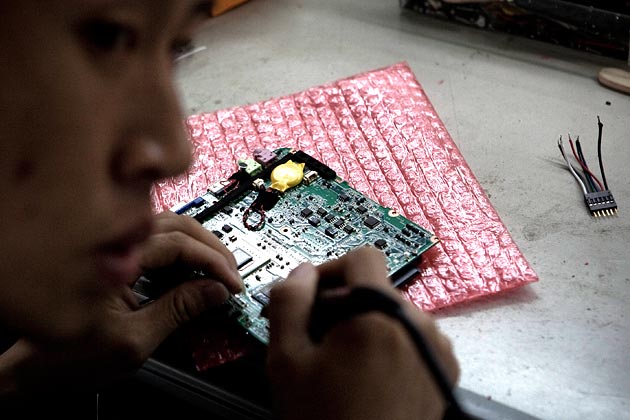 A New Crowdfunding Site That Will Actually Help Get Products Built

When IRobot (IRBT) first sent Scott Miller to Asia a decade ago to help oversee manufacturing of the Roomba, its robotic vacuum cleaner, he saw it as a business trip. He wound up spending the next four years in Hong Kong and mainland China, unraveling the intricacies of the manufacturing process.

The recent rise of crowdfunding websites such as Kickstarter and IndieGoGo has proven an effective way to create Roomba-esque product ideas, many coming from individuals or small groups of people, rather than from companies. But building a prototype and raising money online do little to prepare innovators for everything that comes next. Even some of the highest-profile successes in crowdfunding have struggled to follow through. Pebble, a wildly successful smartwatch, was delayed for months, and the company irked customers by distributing the watches through retail stores while some donors were still waiting for the devices they expected in exchange for their having provided financial support. Over the weekend Ouya, a Kickstarter-funded gaming console, apologized to its backers and handed out store credits in response to similar distribution troubles.

Such problems are inevitable when people raise money without really knowing what comes next, according to Miller. “The model of crowdfunding is fundamentally flawed for hardware,” he says.

So Miller is starting his own crowdfunding site, which will focus specifically on several types of gadgets: home health devices, consumer technology, robotics, tech for pets, and home security. (It went up in a private beta on Thursday and will become public early next month.) The site also offers something novel: consulting for entrepreneurs to help turn their ideas into mass-produced products. Miller has experience here: The site’s an offshoot of Dragon Innovation, an advisory firm for small hardware companies working in Asia that Miller’s been running for the last five years. Many of Dragon’s current clients got their start with crowdfunding campaigns, including Pebble and Romotive, a company building a toy robot. Miller balks at describing his new project as a Kickstarter competitor, but most of his potential clients would presumably choose to work with Dragon from the start, rather than launching a Kickstarter campaign and then seeking out Dragon when the going gets tough.

It almost always gets tough. Hardware startups contend with a manufacturing process that’s rife with hidden pitfalls: the surprisingly high cost of packaging and shipping; problems with product quality that only become clear at scale; and even the unfortunate results of stacking too many pallets on top of one another—you crush that bottom row of products. “We find that there’s a lot of unknown unknowns,” says Miller. “They don’t even know what to be afraid of.”

Miller argues that those who raise money before turning an eye to the logistics of mass production have it backwards. People who want to use Dragon’s crowdfunding platform will come to the company at the planning phase and pay a fixed fee in the “low thousands” for its consulting. Advisers will help entrepreneurs design a product that can actually be built at scale, and they’ll counsel them on how much money must be raised to build it. The fee is in place partially to discourage people who aren’t seriously looking to build businesses.

The crowdfunding platform will work much like Kickstarter, with entrepreneurs setting a funding goal and getting nothing if they don’t reach it. Unlike Kickstarter, backers will be able to order items in bulk, which will help companies raise larger sums. Companies that reach their goals aren’t obligated to hire Dragon as a consultant, but they can decide to hire it on a retainer basis for help with manufacturing and shipping. Dragon’s future plans also include a retailing component.

“If you think of an alphabet where Z is shipping the product and A is the idea, crowdfunding is a C or D,” says Miller.