Martyn Sibley and Stacy Cohen crowdfunding on People Fund Us 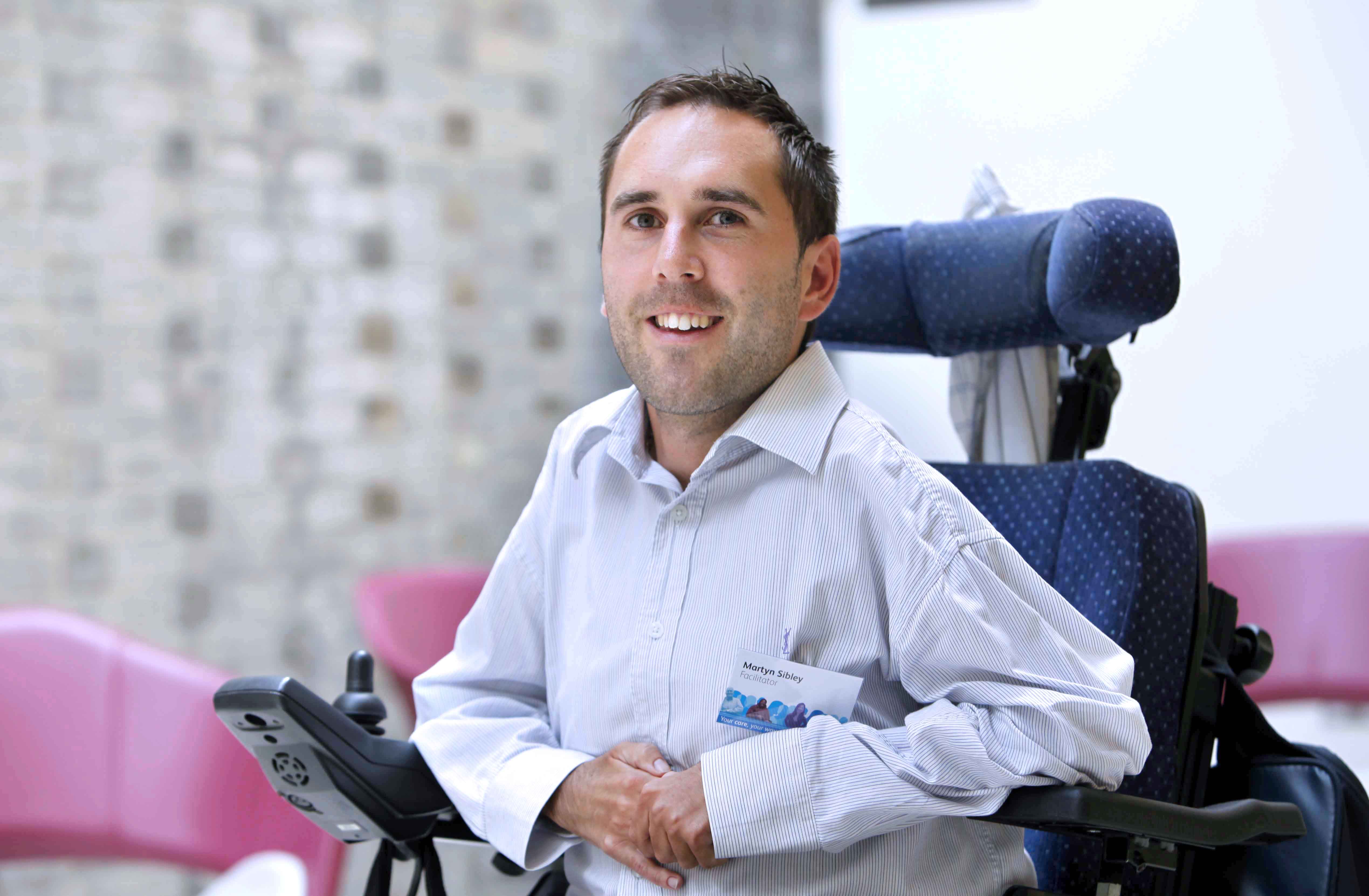 Martyn Sibley and Stacy Cohen crowdfunding on People Fund Us

Martyn Sibley, 29, is a regular guy who happens to have a disability called Spinal Muscular Atrophy (SMA). This means that he cannot walk, lift anything heavier than a book or shower by himself. Nonetheless he has a Masters degree in Marketing, has travelled to Australia, has done Scuba diving, drives a car, runs his own business and lives independently in London.

Martyn runs online projects for disabled people and supporting social change. His online magazine www.disabilityhorizons.com is making great waves, as are his e-learning products and social media services. His aims are to inspire, inform and change the world around disability issues. Courageously Martyn decided he wanted his projects to not rely on gifts, donations and dependency funding.

Martyn says that crowdfunding is a ‘new empowering income stream’ for disabled people as his third crowdfunding campaign smashes funding targets at PleaseFund.Us. Having launched Disability eConference and run an Epic European Disability Roadtrip through 7 countries in 2012, Martyn is now raising money in support of ‘Dignity and Equality’, a 1500-mile wheelchair trip around Poland, which he is to join this summer.

The aims of this trip are simple:

With a total of 8 backers inspired by Martyn’s enthusiasm and courage and still 3 days to go before the end of his campaign at http://www.pleasefund.us/projects/dignity-and-equality , Martyn has already exceeded his original target and raised £865. “If you have a passion, a creative idea and the motivation, then Crowd funding is for you” – comments Martyn.

His ambition is ultimately to achieve social change for disabled people, and has already made great advances through his use of social media. His current Dignity and Equality crowdfunding Campaign at PleasseFund.Us is not an exception to this ambition. One of the various rewards, which Martyn is offering to his supporters, is a consultation and solutions to a disability related problem.

Co-founder of PleaseFund.Us James Bailey says: “One of the reasons we started PleaseFund.Us is to support great and passionate people like Martyn Sibley achieve their dreams. It doesn’t matter who you are or what needs you have; having the opportunity to make a difference is all that counts”. Martyn’s campaign finishes 9th August – please share his successful experience, tweet, poke and pin his campaign.

North Wales folksy-blues singer songwriter Stacey Cohen has tapped crowdfunding launchpad and community PleaseFund.Us to offer an exclusive win-win experience of having an advance release of her new album called the Archer. With a goal of raising £3500, Stacey isn’t just accepting donations to access a professional recording studio – she is giving back to the fans as well.
The Archer PleaseFund.Us Crowfunding Campaign
http://www.pleasefund.us/projects/the-archer
Fans and audiences will be able to have Stacey’s new album, the Archer, first-hand. Stacey describes her new album as ‘folky’, “these are some of the best songs that I have ever written”, she adds. With incentives ranging from combinations of limited-edition album USBs, personalised poems and songs, sweaters, T-shirts to kids’ birthday party entertainment with music, games and eco-art/craft activities and private house concert or singing sessions in London area, the crowdfunding campaign will not only help Stacey record her album, but will also create a genuinely shared experience for her audiences.

Since starting her singing career over six years ago, Stacey energized UK’s folk venues with her magnetic voice and performed at the Glastonebury (2010,2011), Glade Festival and the Beat-Herder Festival in 2012. With her distinctive musical style, Stacey will appear for an official release of the Archer at the Imbolc, annual festival which celebrates the awakening of the land and growing power of the sun in February next year.

Stacey is a quarter way through to her funding target already and her campaign finishes 18th August. Please help her succeed by sharing this, tweeting, pining her campaign and even bagging yourself a cool reward in the process.