SMEs are missing out on funding because alternative funders are no good at marketing themselves, says Will King 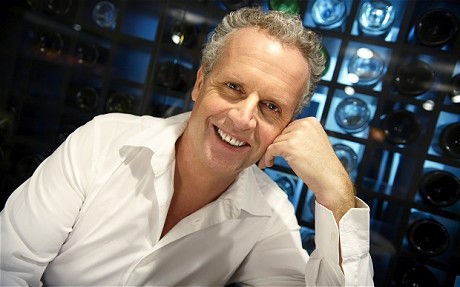 SMEs are missing out on funding because alternative funders are no good at marketing themselves, says Will King

Alternative funders such as Funding Circle and Market Invoice offer great funding opportunities for SMEs says Will King, founder of King of Shaves. The problem is no-one has heard of them.

Will King, founder of shaving products business King of Shaves, warns that large numbers of SMEs are missing out on finance opportunities because alternative funders are failing to shout about what they can offer them.

King said: “Alternative funding providers are really missing a trick. They have come up with fantastic idea to bypass the banks and give SMEs what they want – but nobody knows what they do because nobody has ever heard of them. Alternative funders really need to market their products to the people who need it, just as any consumer product or service brand needs to do.”

He added: “The problem is that all of these alternative funding companies are run by finance people who were previously bankers or accountants. None of them really have a grasp of how to market to people to help them understand what alternative funding is.”

King himself raised £627,000 for his own business through alternative means with the creation of a ‘shaving bond’ for customers, who received 6% interest a year and shaving products in return for buying a three year bond.

The past few years has seen the arrival of several alternative funding providers aimed at offering SMEs a real alternative to banks. These include Funding Circle, which amasses small amounts of money from individual lenders to lend to SMEs, Market Invoice, which lends SMEs money against the value of their invoices, Kickstarter and Crowdcube, which enable individuals to invest collectively in a business in return for equity.

However King argues that so far the only alternative funder to have made a real effort to promote their services is Wonga, the controversial payday lender. As a result of an intensive marketing and promotional campaign Wonga has become a household name and the number of individuals and businesses using it has increased sharply.

King said: “Other alternative funding providers should look at how successful Wonga has been as a brand. I’m not a supporter of what Wonga’s business is or what it does, but I am impressed by how they’ve done it. Then the alternative funders should raise some money themselves, get on TV and deliver a virtuous circle.”

It is Britain’s SMEs who are missing out most, he said. “The big alternative funding providers are aimed at small to medium size enterprises with an established turnover and an established track record. But the SMEs who are supposed to be driving the country out of recession haven’t got a clue about what alternative funding options are available to them.”

If promoted properly, the new funding models have the potential to become a serious long-term alternative to banks, King said.

“I think there is going to be seismic change in the way that companies and individuals, brands, products, services, will be able to access funding in the future because of the internet and the fact that so many people are globally connected through social media networks. The alternative funders are to banks what Apple was to Nokia. Five years ago Nokia had a 61% share of the worldwide mobile phone market ﾖ and then along came Steve Jobs with a phone with no buttons and blew Nokia up.”