Crowdfunding in Canada; An Interview with Craig Asano, Leader of NCFA Canada 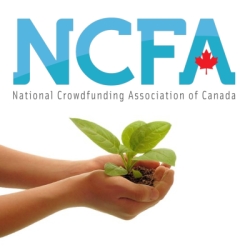 Crowdfunding in Canada; An Interview with Craig Asano, Leader of NCFA Canada

Our neighbors to the North while much smaller in population have already established a vibrant crowdfunding scene. With over 45% of the entire Canadian workforce employed in small business driving 28% of Canada’s GDP, it is clear that the importance of fostering a positive environment for entrepreneurs is vital for the Canadian economy.

Venture capital investments has recently seen an increase, but has not yet risen to the amount seen in 2000. It is also interesting to note that crowdfunding superstar Pebble Watch started in Waterloo, Ontario. University student Eric Migicovsky received accelerator funds but was unable to raise venture capital funds in Canada. Enter crowdfunding and Kickstarter.

Craig Asano, Founder and Executive Director of the National Crowdfunding Association of Canada (NCFA Canada), is an entrepreneur and world traveler with great perspective – who understands the importance of crowdfunding and what this innovation can do for the economy of Canada. The NCFA was formed as a non-profit with the mandate to provide education, advocacy and to foster the growing crowdfunding industry. As a leading voice in the Canadian crowdfunding industry, Crowdfund Insider reached out to Craig for an update on crowdfudning in Canada today.

CFI: Please share how you became interested in Crowdfunding and how you decided to start the NCFA.

Craig: As an entrepreneur and intrepid international traveller of 15 years, I was constantly pursuing opportunities that would make a difference in this world. In October 2012, I saw crowdfunding as a multi-disciplinary activity that connected industries and organizations of different motivations together iterating at an exponential rate and packed in a strategic and social marketing wrapper. Crowdfunding was at the intersection of many of my personal interests including technology, finance, entrepreneurship and globalization. The advancements of technology were disrupting traditional industries, such as venture capital finance, and I wanted to be part of this great movement; one that supported collaboration, innovation and the development of crowdsourced principles. I saw it as a way to connect, problem solve, automate (the outdated), develop better products and right-sized solutions, cultivate shared values and build a sense of community – the way forward.

CFI: How many Crowdfunding platforms are currently operating in Canada? How many support companies? I believe you listed 45 in your directory.

Craig: NCFA Canada hosts a comprehensive list of Canadian Crowdfunding portals. As of July 2013, there are over 60 Crowdfunding portals + 8 providers operating in Canadian markets. Due to regulations, most of these portals are donation-reward based platforms however there are a few portals that are facilitating capital raising with an online presence that are operating under existing prospectus exemptions or that have been approved by the relevant commission.

CFI: What do you see as the NCFA’s most important role right now? Education? Being an industry advocate?

Craig: Being a community-based and membership driven non-profit organization, our mandate revolves around providing education, advocacy and business opportunities for our national membership. NCFA Canada has a number of exciting programs and initiaives that we are currently developing.

CFI: You list being active in reporting fraud. Please share your thoughts on Crowdfunding fraud and how you see the NCFA role evolving here.

Craig: NCFA Canada views Crowdfunding fraud as a collective challenge that can be overcome by having industry stakeholders, issuers, investors, government and academic partners come together to actively identify fraudulent activity and develop the appropriate safeguards to both protect and advance the industry. Central forums and data intelligence on fraudsters can be gathered and shared for the benefit of everyone involved.

We envision NCFA Canada’s role to contribute in a few ways:

(1) Establish a working committee that is entirely focused on fraud education, detection and prevention initiatives; (2) Work with the appropriate organizations to develop and distribute leading fraud detection solutions to market, and assist in educating industry participants on the benefits of using these services; and (3) Develop and distribute a national insurance program to protect industry participants that share group risk

CFI: Do you see Crowdfunding as the best vehicle to fill the funding gap for SMEs in Canada?

Craig: Yes, crowdfunding can be viewed as ‘additive’ and complementary to existing capital raising options and offers wide distribution, increased participation, and an increased pipeline and range of fundable projects/products. Is it enough to fill the entire gap? Possibly not, but it’s the way forward and path of choice during these turbulent times. Canadian SMEs need to tap into this unearthed potential that goes way beyond ‘funding’.

NCFA Canada views Crowdfunding as an efficient, effective and transparent way to assist SMEs to raise the much needed capital they require to innovate and grow their businesses. It also allows the wide public to participate in a range of projects and offerings that previously they had limited or no access to. Crowdfunding dollars can seed early stage ideas to the point that entrepreneurs and their businesses can clearly demonstrate traction and execution abilities to prospective angel and venture capital investment groups.

Crowdfunding is a tremendous opportunity for industry, government and academia to come together to create a marketplace for consumers and businesses to self-source, self-select and self-fund ideas and projects in a democratic, fair and social manner in support of innovation, entrepreneurship and job creation. The intangible benefits of Crowdfunding are hardly measurable given the infancy of the industry but they go far beyond the financial incentives and traditional funding mechanisms that may have created the funding bottleneck/gap in the first place.

CFI: How active have Venture Capitalists and Angels been in the past few years in supporting start ups in Canada?

Craig: In 2011-2012, Venture Capital activity rose to the highest dollar volume since 2007 (pre-recession) according to the CVCA with steady year over year growth in terms of the number and average size of deals. 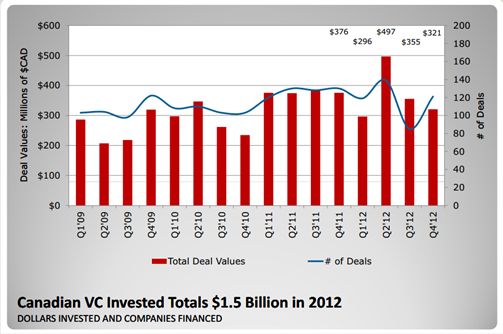 CFI: Do many Canadian start ups migrate to other countries because of greater opportunity / access to capital?

Craig: Yes, many Canadian start-ups migrate to the US to access larger or differently structured capital markets (e.g., privatized health care in the US) and a more supportive entrepreneurial environment. One of the problems that Canada faces is the inability to cobble together enough funding and risk capital to commercialize its own technology, product innovations and even human capital resources. A classic Crowdfunding example is where Waterloo University student Eric Migicovsky, Founder of Pebble Watch, received accelerator funds to develop a prototype of his smart watch but was subsequently unable to raise venture capital funds in Canada. Not wanting to give up he moved to the valley and was introduced to Kickstarter where he went on to successfully raise $10 million in the US. “Innovation cannot be lost to a VC’s inbox. Innovation is too important for one man, or one firm, to pass judgment on.” – Eric Migicovsky, Creator, Pebble Watch

CFI: The regulatory environment in Canada is different from the United States as there is no single national regulator for Crowdfunding. Please explain how the regulatory structure operates.

Craig: One of the primary challenges is that Canada does not have a national regulatory body that regulates the securities industry across the country, such as the SEC in the United States. While the CSA (Canadian Securities Administration) is a working committee of the various commissions and tries to harmonize and regulate the Canadian securities industry, provincial regulators are able to set their own rules.

From a Crowdfunding perspective, donation/reward-based models are legally permitted in Canada while securities (equity/lending) are not. Note, there are occurrences of hybrid models such as income splitting (rev sharing) currently operating, too.

CFI: The OSC appears to be taking a lead role in equity Crowdfunding. What is the status of their process regarding exemptions for investment Crowdfunding?

Craig: Although the status of a possible securities-based Crowdfunding exemption in Canada is heating up and there is agreement that there is an SME ‘funding gap,’ there isn’t consensus among the commissions as to what the regulations should look like and varying opinions.

Some highlights to report:

CFI: There are some groups which appear to be against equity Crowdfunding like FAIR. Please explain their justification for opposing Crowdfunding.

Craig: FAIR’s primary objections with equity Crowdfunding seem to revolve around duly protecting investors only. This is a single mandate that is less broad than the dual mandate of the various commissions, which is to both (1) ensure efficient capital formation; while (2) protecting investors. Ultimately concerns are around suitable portal regulations, protecting investors who are assumed to be unable to protect themselves (so called unsophisticated) and unraveling the years of securities laws that have been built up in effort to assist SMEs who desperately need funds to innovate and create jobs.