The SEC's new rules could make you rich 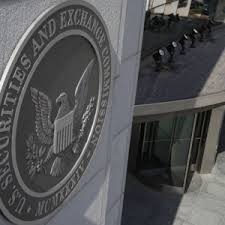 The SEC's new rules could make you rich

For years, only wealthy investors have had the right to invest in high-growth companies at their earliest stages. In one of the boldest changes to U.S. securities laws in nearly 100 years, the SEC is about to give the rest of us the same opportunity. The revolution is called equity crowdfunding.

The narrative around crowdfunding began in 2008 over a beer – in fact, $300 million worth of Pabst Blue Ribbon. Pabst had put itself up for sale for $300 million, and just for kicks, a savvy Internet guy named Mike Migliozzi launched a website to see if he could entice enough people to make small financial commitments to buy the company.

Mike’s stunt to fund the investment from a huge crowd of individuals was working well – until it stopped working at all. After Mike received commitments for more than $200 million, the U.S. Securities and Exchange Commission (SEC) shut him down. The problem? The investors writing checks were just regular folks, not the high-net-worth individuals called “accredited investors” that the SEC allows to invest in such private deals.

Frustrated by the SEC’s stance, a group of citizens took shape and began hatching plans. They reasoned that, as long as each individual was committing only a small amount – as little as, say, $25 or $100 – everyone should have the right to invest in companies they liked or thought would grow in value. These citizens decided to pay a visit to our lawmakers in Washington, D.C. and make some noise.

Kicking It up a Notch

Web platforms such as Kickstarter and Indiegogo use what’s called “donation based” or “rewards based” crowdfunding to allow citizens to fund artistic or charitable projects – everything from civic projects and social causes to quirky films, dance festivals, games and gadgets.

Crowdfunding is turning into a huge business. Research firm Massolution reported that in 2012, 308 crowdfunding platforms across the world raised $2.7 billion. Many predict that the market will reach $5 billion or more in 2013. And since no stock or financial securities change hands with donation-based or rewards-based crowdfunding, and since there’s no expectation of a financial return, the SEC considers this activity perfectly legal.

… And All I Got Was This T-Shirt

But isn’t it kind of a bummer that some of these companies will go on to make millions of dollars, and all you got was a T-shirt or some dried apricots? While startups can be a risky investment, some of them become extremely successful.

Instagram and Tumblr are just a couple of examples of young companies that were acquired for hundreds of millions, even billions, of dollars, making their earliest investors fantastically rich.

Wealthy individuals, often called “angel investors,” have been investing in private companies like these for years. Now, thanks to a vocal group of citizens, ordinary people will be able to invest a small and affordable amount of money in companies they believe in, and in exchange, receive an ownership stake.

This revolutionary change is called equity crowdfunding, and hundreds of websites called “funding portals” – sites like CircleUp and RockThePost, to name two – are popping up to help match startup companies with potential investors like you.

The Rise of the Rest

How big could the market be when all of us have the right to invest? In a recent article in The Huffington Post, Kevin Lawton, author of The Crowdfunding Revolution, postulates that crowdfunding could be a global market worth hundreds of billions or even trillions of dollars.

“Think about the implications of shifting just 1% of long-term investments to small business via crowdfunding,” he wrote. “In American alone, that would create a $300 billion market for crowdfunding (10 times the venture capital invested in all of 2011).”

Here are the SEC’s soon-to-be-finalized parameters for the sale of private securities on equity crowdfunding platforms:

The buzz for equity crowdfunding keeps getting louder and louder – and if cues from popular culture are any indication, interest in startup investing is hitting a fever pitch.

Shark Tank, for example, recently became America’s most popular TV show on Friday nights. It features investors who hear pitches from aspiring entrepreneurs seeking investment dollars for their business or product.
Meanwhile, Forbes recently reported that LinkedIn, the social network for professionals, has a new group called “CrowdSourcing and CrowdFunding” with more than 19,000 members.

As Deborah Jacobs, the author of the Forbes article, noted, “It is impressive that a concept barely in the investor lexicon two years ago has captured the imagination and attention of so many.”

Skeptical? You have every right to be. But keep in mind that before the emergence of online brokerage platforms like E-Trade, plenty of smart people thought average citizens would never go online to trade and invest in stocks. E-Trade’s annual revenues today? More than $2 billion.