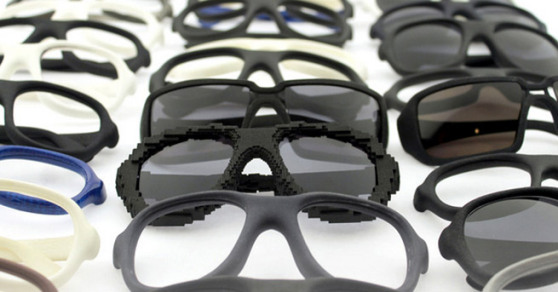 Protos wants to bring its 3D printed eyewear to the masses, but first it needs a bit of cash.

Using its own proprietary material, Protos creates light, flexible glasses frames that can be tweaked to give wearers a custom fit.

In an effort to get the project off the ground, Protos has launched a crowdfunding campaign, which it hopes will help it raise $25,000. (Notably, the campaign is powered by Crowdhoster, an interesting new platform that lets fundraisers run campaigns from their own domains.)

Protos says that much of the funding will be used to pay developers, which it needs to create a more elaborate and user-friendly interface for the fitting process. (The video below gives you an idea of how the process currently works.)

Protos’s efforts show one of the reasons why 3D printing is so darn neat: It lets manufacturers create smaller, more custom batches of products without having to worry about some of the scale constraints core to larger manufacturing operations.

With eyewear, traditional manufacturing processes have dictated that companies must make thousands of the exact same frames at once, regardless of whether those frames are particularly well-suited to any one person’s face. By using 3D printing, Proto’s turns that process on its head, which is why it’s worth paying attention to.