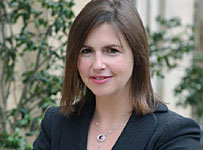 Some 136 investors, who were able to offer as little as £10, contributed to the target investment, which represents 10 percent ownership of the new business, fund management company  Glentham Capital. This is the fastest ever rate of funding for a startup business listed on Seedrs.

Glentham Capital is a startup fund management company that aims to raise a $100m listed fund in Guernsey by the end of the year, which will provide finance for Hollywood films. As the Seedrs’ project page explains: “Post the credit crunch, there is a shortage of finance for films in Hollywood. Nicola Horlick has successfully invested in a number of film projects over the past five years and sees an opportunity to make a significant amount of money from financing films. ”

Horlick is chairman of the company while Pandora Edmiston, a film industry veteran and former Citibank employee, will be CEO. The Seedrs money will be used to pay Edmiston’s first-year salary and cover set-up costs. The fund will then charge a 2 percent management fee and a 20 percent performance fee. This means that if it raises the full $100m, it will generate $2m in revenue per annum.

Horlick has set up a number of investment management businesses, including SG Asset Management in 1997 and Bramdean Asset Managementin 2005. The latter company’s share price was hit dramatically in 2008 after it was discovered that it had invested around 9 percent of its assets in a fund run by Bernard Madoff, which transpired to be a Ponzi scheme.

She has also invested in a portfolio of musical scores for movies, including those for Drive, The King’s Speech and RocknRolla.

Horlick has been described as ‘superwoman’ by various mediaoutlets because of her ability to juggle her career with bringing up her six children.