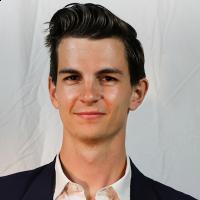 Today I’m giving a talk at the Library of Congress’s “Digital Preservation” conference on civic crowdfunding and community assets. I’ll be giving a brief overview of crowdfunding, its historical precedents and how it is being used in civic contexts today.

One of the main goals of the presentation is to suggest four roles that civic organizations, including municipal governments, can play in the crowdfunding process.

They are:
Promoter. The civic organization acts as the main fundraiser, taking responsibility for receiving and spending the money, using an existing platform. This is the most conventional, v1.0 model, and has been successfully executed by several groups. In April, the Chicago Parks Foundation raised $62,113 for the expansion of the city’s Windy City Hoops basketball social program. The benefit of ‘promoter’ approach is that it gives the organization complete control over the messaging associated with the campaign. The drawbacks are that the organization also bears all of the risks of failure, and organizations with large existing funding sources will need to justify carefully why they’re asking for additional money.

Curator. The organization draws attention to crowdfunding projects that support its values or benefit its community, most likely by hosting a page on an existing crowdfunding website. New York City Council was one of the first organizations to adopt this model by creating a Kickstarter page, and the city of Bristol earlier this year partnered with Spacehive to promote projects by the local community. As a curator, the organization can leverage the best grass-roots ideas in the communities they serve. It is also presumed to have exercised some degree of due diligence on the campaigns it promotes, and so is likely to be held partly responsible if campaigns fail to reach their funding targets or to fulfill their projects.

Facilitator. The organization supports its members, subsidiaries or partners who want to use crowdfunding to fund their projects by providing training and expertise. The City of San Francisco’s upcoming Living Innovation Zones scheme, a public-private partnership that invites community groups and local companies to propose temporary uses for under-utilized spaces in the city, will encourage potential partners to explore crowdfunding as a means of raising capital for their projects. The benefit of this approach, also being explored as part of the New York DOT’s Plaza program, is that it has the potential to scale the use of crowdfunding and enable a larger pool of individuals to use it, and reduces the responsibility carried by the organization.

Platform. The organization creates its own crowdfunding platform and hosts campaigns entirely on its own site. The Long Now Foundation is using this model for its Salon campaign, which has raised almost half of its $495,000 target. For most organizations, the platform would probably be a white label version of an existing platform (likely for a reduced fee) although at least one reasonably robust open source codebase exists. An organization could simply use a widget for a payment platform such as WePay on a web page, although it would then either need a manual solution to handle the other affordances of crowdfunding (such as rewards, match-funding and funder profiling) or miss out on them altogether.

All of the above approaches may or may not involve investment by a civic organization. In every case constituents will want to know why the organization is asking for money – especially if it is acting as promoter or platform, and therefore receiving the money directly. Well-known artists such as Zach Braff have been on the receiving end of similar critique (and he went to great lengths to rebut it). Large players may have significant resources to direct towards crowdfunding, but as a result they may need to justify why they’re asking the crowd instead of professional investors (or taxpayers).

Civic organizations of all types are beginning to think about the different roles that they might play in the crowdfunding process beyond the v1.0 model of creating an account and starting a campaign like any other. One of the reasons for that shift is that the proliferation of crowdfunding platforms is revealing the fact that the underlying payments and project management technology is relatively straightforward to replicate. Crowdfunding as a technical process is something that the vast majority of organizations with a web presence could implement quickly.

But the best existing platforms provide many other social and strategic layers to the process that civic organizations may not have the capability or desire to provide, such as campaign advice and management, a social network of would-be funders and connections to larger funders and interest groups.

Pretty soon every individual and group that wants to try crowdfunding will do so. Civic organizations would do well to focus on the social and strategic aspects of the process in deciding which route into crowdfunding makes sense for their projects. The next question I’d like to think about is the outcome of those roles, the civic functions that crowdfunding projects can perform – but that’s a topic for another talk.

My slides are available here (PDF).