Crowdfunding's many goals: from building schools to busting mayors 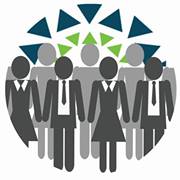 Crowdfunding's many goals: from building schools to busting mayors

Crippled by mounting financial debt, father and son duo David and Brian Best had few options left to save the potato farm their family has operated in Tryon, P.E.I., since the early 1930s.

It was a customer who dropped in to Best Acre Farms to buy seed potatoes that sparked the family’s current bid to save their livelihood – crowdfunding.

“I told him I was pulling strings to find out how I can source money, and he said, ‘Well, you might try crowdfunding,’ ” said Brian Best.

Best did just that and, without a crop in the ground, he has dedicated much of his time to the online campaign, which aims to raise $200,000 by Aug. 1. As of Thursday, the campaign on Indiegogo.com has generated around $8,000.

“The people that are grasping it … know how important a family farm is to producing food,” he said.

Websites like Indiegogo.com are drawing people from across Canada to crowdfunding, and the types of campaigns they fund vary widely. Whether it’s building a school in Africa or trying to secure the release of an alleged video that appears to show Toronto’s mayor smoking crack cocaine, the possibilities are endless.

Regardless of the cause, the components of a successful crowdfunder often remain the same, said Sandeep Pillai, a graduate student at the University of Toronto’s Rotman School of Management who has studied crowdfunding.

In Halifax, residents can see the success of the Brooklyn Warehouse’s crowdfunding campaign as they drive past the restaurant in the city’s north end.

About two years ago, co-owners George and Leo Christakos crowdfunded $23,000 over 60 days to avoid the bank and expand the restaurant.

George Christakos said aside from the obvious financial benefit, crowdfunding also doubles as a marketing campaign.

“It is an incredible way to create awareness and marketing for an upcoming project,” said Christakos. “You’re able to give a customer a lot more. There’s a tremendous value to it.”

David Best is hoping enough people share his passion for potatoes. He says now that a mortgage sale that was scheduled for earlier this month has been put off, the family is focused on paying down enough debt to plant a crop next year.

“We’re hoping (the crowdfunding campaign) will help get things lined up for another year, but time will tell,” he said.