Bringing The Subscription Model To Crowdfunding 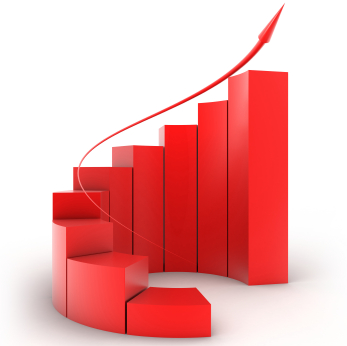 Bringing The Subscription Model To Crowdfunding

Is there a need for a new crowdfunding platform aimed at ongoing creative projects? Hank and John Green, known to their YouTube fans as the VlogBrothers, seem to think so.

This week, ahead of the annual VidCon event the pair founded in 2010, the pair unveiled a new crowdfunding platform, Subbable, which mashes up the rewards-based incentives of platforms like Kickstarter and IndieGoGo and a subscription model.

In the introductory video for the site, Hank Green states “the most valuable thing that an online creator has is the audience,” a sentiment he’s been airing as a creator-revolt of sorts that has been brewing in the YouTube community.

It seems that the current moment is one of those tipping points, when the needs of YouTube creators are converging with a sense that the current crowdfunding platforms might not be ideal for all creatives.

The ongoing nature of online video makes subscription services a good solution. Subbable weds this to the reward structure of other platforms by way of a “perk bank”.

Here’s how it works: let’s say you pledged ten dollars a month to the Green’s series Crash Course. After three months you would have contributed thirty dollars, and could then redeem that value for a signed poster. The image of carnival tickets come quickly to mind.

There’s a gear-shift that has to happen for those who are used to other crowdfunding platforms, however.

“There’s a little learning curve,” said web video observer and Turnstyle’s The CrowdCrowd podcast panelist Cindy Marie Jenkins. “I had to make sure I had donated the right amount per month because crowdfunding longer-term on same project is a different monetary commitment.”

Providing a different crowdfunding model isn’t the only thing that motivated the creation of Subbable. There’s that “revolt” that’s been stirring amongst YouTube creators.

At the beginning of June web entrepreneur Jason Calcanis wrote an open letter explaining why he was leaving YouTube behind even though the company was offering up more money to Calcanis as part of their partnership program.

The heart of the matter: the control that YouTube has over the relationship between content creators and their audience:

However, what folks must realize is that their subscribers are NOT their subscribers. They’re YouTube’s users. Content creators don’t have the email addresses of their individuals, just the ability — for now — to get on their YouTube home page.

The top commentator on Calcanis’ post? Hank Green, who calls the post “spot on” save for a disagreement on Multi Channel Networks. Calcanis thinks YouTube is going to undermine the MCNs like Maker Studios and Machinima, pulling the top creators away from the third parties. Green thinks that YouTube likes the MCNs right where they are: as a kind of liability buffer.

It wasn’t too long after Calcanis’ post that Green took to his preferred platform to address YouTube with some unsolicited advice.

The themes match up with Calcanis and foreshadow the launch of Subbable. Unlike Calcanis, however, Green isn’t looking to abandon YouTube but to establish another revenue stream that isn’t beholden to the “YouTube tax” levied on ad sales. This supplemental platform also has the benefit of being creator-driven and not algorithm controlled.

The timing of all this “revolt” talk had me wondering just how long the new site had been brewing.

“The Subbable idea and solution has been percolating for quite a while now,” said Subbable’s Gardner, “but we brought on a developer and designer to make it real in the last few months.”

Just launching in beta ahead of VidCon, as of this writing the only project on Subbable isCrash Course. The road map for the site involves getting more creators involved, even for projects other than video series.

It is next to impossible to judge the strength of this model off one test case, however. An ongoing campaign is quite different from the all-or-nothing pressure cooker of a Kickstarter campaign, or even from the time-limit of an IndieGoGo “flexible funding” attempt. Instead of the urgency of the ticking clock, Subbable campaigns will have to tap into good will and audience satisfaction to keep the lucre flowing.

Those pledges also renew monthly, so its possible that audience members could cancel or adjust their commitments–a fact that could wreak havoc with a production budget over the long term.

The level of community involvement that crowdfunding engenders is a two-sided sword. The ownership that fans can feel over a product is great when the vision of the creators and the fans are aligned, but a perceived misstep could sink a project that was taking a risk that could lead to a greater emotional payoff.

Imagine a world where the existence of a fourth season of Game of Thrones was impossible thanks to canceled HBO subscriptions in the wake of the Red Wedding.

Not that an educational program like Crash Course is going to suddenly bump off several popular cast members. (But think of the page-views if they did!)

The community-driven content that already thrives on YouTube feels like a good fit for this model. The community aspect parallels the successful public media model, which Subbable’s emphasis on continuing support hews to even closer than other crowdfunding platforms.

While the long-term prospects for the model will take time to figure out, it is hard to imagine that there won’t be at least a small flurry of activity on the platform during VidCon next week.