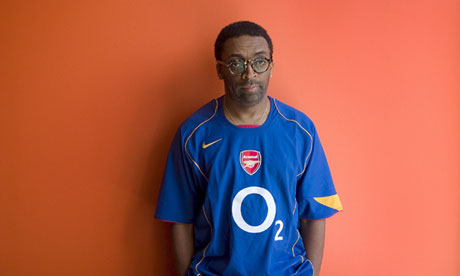 Spike Lee has become the latest high-profile film-maker to launch a project on the crowdfunding website Kickstarter in an effort to get a new movie made.

The untitled film is described as being about “human beings who are addicted to blood” and aims to raise at least $1.25m. Lee said his proposed movie would be “funny, sexy and bloody” but avoided mention of the term “vampire” adding only: “and it’s not ‘Blacula’ …”

The film-maker said he would take no fee from the film’s Kickstarter fund should it meet the target, though it was not clear who would benefit should the movie turn a profit at cinemas. Lee explained that he had turned to the crowdfunding site out of frustration with Hollywood’s refusal to finance the kind of movies he wanted to make.

“I have a different vision of what cinema can be, a different vision of what some underserved audiences might want to see. That is why I am here on Kickstarter, to raise the funds for the new Spike Lee joint, to get this bad boy financed. Nothing in life is free, and if you want something you got to pay for it. If you have liked any of my films in the past, this is the price it costs to see another one (which can be less than the cost of one movie ticket). We feel the different levels on contributions make it affordable for everyone to get down for the cause.”

Lee is following in the footsteps of Scrubs star Zach Braff and the makers of the cancelled US TV show Veronica Mars, both of whom have launched successful Kickstarter campaigns for crowd-funded movies. Braff secured an impressive $3.1m in April towards Wish I Was Here, a follow-up to his acclaimed 2004 directing debut Garden State. The Veronica Mars Kickstarter broke all records in March with a staggering $5.7m raised towards production of a movie based on the show.