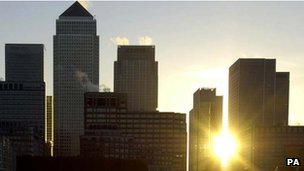 (Banks feel the competitive force of Peer to Peer lenders and crowdfinance – http://theodi.org/blog/peer-peer-lending-businesses-lead-way-opening-financial-data)

Major UK banks will reveal details from January of their lending in thousands of local areas, Chief Secretary to the Treasury Danny Alexander has announced.

He hopes publishing lending data across 10,000 postcode areas will boost credit to homeowners and small businesses.

The Treasury says it will encourage competition by helping smaller lenders to identify gaps in the market and lure other lenders to the shunned areas.

Mr Alexander said it was a “major step forward” for transparency.

On Tuesday, the British Bankers’ Association (BBA) revealed some lending data by postcode for England and Wales.

It showed that of 120 postcode areas, only 22 showed an increase in borrowing by small and medium sized businesses last year.

Apart from Wales and the South West, firms in every region deposited more funds than they borrowed.

Anthony Browne, chief executive of the BBA, said: “In these difficult economic times many businesses are building up large cash reserves and paying down debts rather than taking on more borrowing.”

BBC business editor Robert Peston said that, as lending to small businesses has shrunk since the banking crash of 2007-8, successive governments had tried to shame the banks into being more generous with finance.

The latest attempt by the Treasury to turn up the heat on banks that have allegedly become too cautious is to get them to disclose their lending performance in each of the postcode areas, he added.

The data – provided voluntarily by Royal Bank of Scotland, Lloyds Banking Group, HSBC, Barclays, Santander UK, Nationwide, and Yorkshire and Clydesdale Banks – will be published on a quarterly basis by the BBA and the Council of Mortgage Lenders.

Our correspondent said the government had encouraged this to understand where businesses were finding it hardest to obtain the funds they needed.

The local data will also be provided on mortgage lending andpersonal loans.

Mr Alexander said businesses would be able to see “exactly where the major banks are lending – up to within a few streets of their premises”.

“It is a major step forward in terms of transparency and should encourage competition by helping smaller lenders to identify gaps in the market and allowing businesses to hold their local bank to account where they aren’t lending,” he said.

The BBA hailed it as a “landmark voluntary agreement” and said it would make the UK one of the most transparent countries in the world.

The government says it expects more to lenders to sign up including credit unions.