The hardware revolution will be crowdfunded 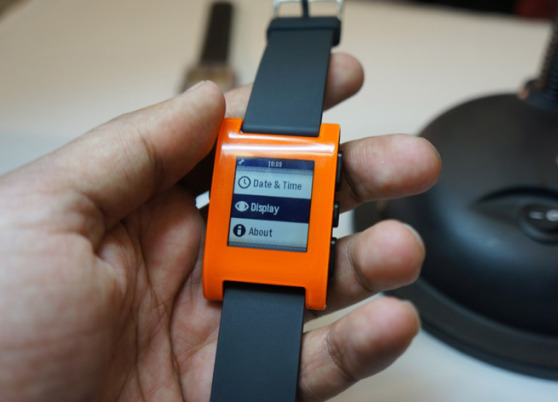 The hardware revolution will be crowdfunded

Just a quick look at any of the crowdfunding platforms shows that the concept of funding projects via the web is impacting a huge number of industries. Whether it’s film, print, music or philanthropy, crowdfunding has enabled consumer capital to flow into initiatives easier than ever before. Of all the categories being touched by crowdfunding, the concept has the largest potential to impact the nearly $800 billion consumer electronics space.

I spent seven years in the hardware industry, first as an entrepreneur and later at a large technology company. It’s through this lens that the true impact of crowdfunding becomes clear to me.

As a senior product manager at ATI Technologies (acquired by AMD in 2006 for $5.6 billion), I was responsible for products that were sold both to OEMs like Dell and HP and into retail at outlets like Best Buy and Walmart. To accomplish this I had at my disposal a team of ten engineers who would build new products every 6 to 12 months. These resources were required: almost everything, from the hardware to the software, was custom-made in house. It would take months to go from a product requirement document, defining what we should make, to first prototype.

The proliferation of low-cost development platforms flipped this paradigm on its head. Thanks to open and accessible hardware platforms like Arduino, Raspberry Pi, and even ARM processors, Frankenstein prototypes can be hacked together in short time on short budgets. What used to take more than 60 engineering months can now take less than two.

The ease of hardware prototyping combined with the power of crowdfunding is really where the magic lies. See, the other thing about historical hardware development is a “if you build it, they will come” mentality. Since getting product to market required not only product development but also mass production, it wasn’t until tens of thousands of units were on a Best Buy shelf that you knew if anyone wanted what you were selling. At ATI, sometimes things worked out miraculously and products sold like hotcakes. Other times products didn’t meet Best Buy’s minimum sales metrics and they would take all the unsold product, box it up, and ship it back to us — charging us for the return shipping along the way.

What crowdfunding does is enable product-market-fit experimentation in a category that has historically been deprived of it. Two engineers in a dorm room who build a prototype on a low-cost development platform can quickly see if anyone wants what they’ve built by setting up a crowdfunding campaign. If the campaign goes well, not only does the team have verification that there is a market for their product, they also have capital to fund manufacturing; if it doesn’t, they just spared themselves the pain of spending time and money on a project that may not be met with success.

The start of something big

We’re in the early days of the hardware revolution. The evolution in hardware development in some ways parallels what the software industry saw ten years ago with the introduction of the cloud. Prior to the arrival of cloud computing, rolling out a new software platform required quite the capital expense: companies had to buy their own servers, find a rack to put them in, pay to have them wired, etc. With the arrival of cloud computing startups could simply offload an expensive part of the product-market-fit experimentation to the cloud. The combination of low cost hardware development platforms along with crowdfunding is bringing similar characteristics to the hardware space, and if history is any indication this innovation will create tons of value.

While we’re on the path to something big, there remain some barriers to overcome. For example, 75 percent of successfully funded hardware projects on Kickstarter fail to deliver on time, a reflection of the fact that while prototyping hardware has gotten easier, mass producing hardware remains, well, hard. Also still left is what sorts of outcomes hardware companies will face. Makerbot saw a great exit but, apart from iRobot, there haven’t been many transactions in the space. Will the Pebble smartwatch (pictured above) be the next one to break out or will the onslaught of smartwatches from big brands divert consumer attention? Only time will tell.

No matter what happens in the coming years, hardware innovation is changing around us and the ride should be an exciting one.

This is a guest post by Matt Witheiler, principal at Flybridge Capital Partners and a member of the New England Venture Capital Association.