Crowdfunding: Income or Gift? IRS Taxes and SEC Regulations Could Hurt Startups And Innovation On Kickstarter And Indiegogo 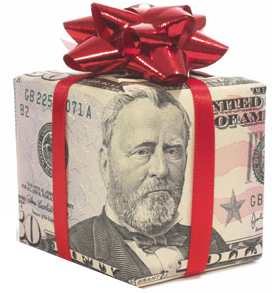 Crowdfunding: Income or Gift? IRS Taxes and SEC Regulations Could Hurt Startups And Innovation On Kickstarter And Indiegogo

Say you’re raising money on Kickstarter for an independent film project: Are the proceeds a sort of communal gift-giving or simply a clever source of standard taxable income?

The distinction matters, but nobody seems to know for sure. The U.S. Internal Revenue Service may have an opinion on the matter, but if the agency does, it’s not saying, leaving developers on crowdsourcing platforms such as Kickstarter and Indiegogo in the dark.

Meanwhile, the IRS will wait for such a challenge — as it often does — before shedding any light on the gray taxation area.

Rosenberg, who penned a MarketWatch column on the subject in June, told the International Business Times that a legal challenge could force the IRS to open up on the issue. Filing a tax case costs about $60, so there’s little to be lost from the experiment, she said.

For the record, Rosenberg believes that crowdfunded pledges, that is, money raised for a project through online communities, are best classified as income or more precisely sales income, because donors receiverewards for their donation.

Kickstarter’s tax guide — released in April, four years after the site’s debut — indicates funds raised on the site are generally considered income. But the guide also hedges, adding that in certain cases donations could be considered nontaxable gifts, and that sales tax may or may not apply.

Tax lawyer Cameron Keng has roundly criticized Kickstarter’s tax guide in blog posts at Forbes, arguing it could lead the IRS to target thousands of their creative project-makers with audits. He said the guide proffered misleading accounting-method recommendations and made false assumptions that Kickstarter campaigns automatically qualify as businesses under tax law.

“The tax guide started with the best intentions, but the execution is beyond wrong,” Keng wrote.

A Kickstarter representative declined to comment for this story.

Rosenberg defended the Kickstarter tax guide as conservative and helpful, however. She said treating Kickstarter money as income “will cause you the least amount of trouble with the IRS.”

Indiegogo, another popular crowdfunding website, told the IBTimes that money raised through its platform is generally subject to tax laws. Indeed, the company’s website indicates most Indiegogo donations are not tax-deductible, unless they’re made to a 501c3 nonprofit group. But the company added that each case is unique.

“Because campaign owners are raising money for very different reasons (creative, cause-related, entrepreneurial), we cannot provide guidance on how they should report or file their taxes,” Indiegogo representative Shannon Swallow said. “We recommend speaking to a tax adviser or accountant.”

In a statement, IRS representative Bruce Friedland said the agency “cannot comment on specific entities or online techniques of raising funds. In general, however, money received without an offsetting liability, that is not a capital contribution or a gift, is includible in income. The facts and circumstances of a particular situation must be considered.”

Taxing crowdfunding pledges is one of a host of policy considerations that government agencies must address in coming months as the technique becomes increasing popular and potentially hides questionable business dealings by both companies and investors.

Of particular concern is equity-based crowdfunding, in which investors receive small stakes in a company in return for microinvestments. Although equity-based crowdfunding will not be legal in the U.S. until the Securities and Exchange Commission issues rules for how these transactions may be conducted, the fear is that this activity potentially pairs the riskiest type of companies — those unable to secure traditional financing — with inexperienced and naive first-time investors, who require the most protection.

And this worry is not just theoretical. A recent Deloitte report forecast that crowdfunding portals will raise $3 billion in 2013 for businesses, double what was raised in 2011 and far outpacing the growth of traditional financing.

In the U.K., where equity-based crowdfunding is already allowed, Crowdcube has helped businesses raise £9.74 million ($14.8 million) since its February 2011 launch. Businesses funded include Escape the City, which raised £600,000 to launch a careers social network, and The Rushmore Group Ltd., which raised £1 million to expand its club and bar operations in London.

The 2012 Jumpstart Our Business Startups Act, or JOBS Act, which loosens securities regulations to encourage funding of small businesses and required the SEC to propose crowdfunding rules, limits annual individual investments in crowdfunded startups to 5 percent of a person’s income or net worth — or $2,000 if the income or net worth are under $100,000. In turn, prospective startups can raise only $1 million through crowdfunding each year. And they must report to the SEC at least annually and maintain audited financial statements if they raise more than $500,000 in a year.

“Policing these limits is so important to the whole scheme,” said University of Colorado law professor Andrew Schwartz, who added that the cap means investors can’t lose much more than they would at a Las Vegas casino.

Still, Schwartz said he doesn’t know exactly what the SEC can do to effectively enforce the rules. Some observers have suggested that investors could self-certify they have stayed below the investment cap, or that crowdfunding portals could independently verify those claims.

Although the SEC was supposed to issue crowdfunding policies by the end of last year, the agency missed its deadline and isn’t expected to put forth regulations until at least the end of this year.

Advertising is another thorny question surrounding equity-based crowdfunding. According to the JOBS Act, startups can advertise only to qualified and experienced investors — defined as individuals worth at least $1 million or earning $200,000 a year — and crowdfunding portals cannot pitch specific business projects to customers, for example, through weekly newsletters.

In addition, the law requires crowdfunding portals to do due diligence on businesses seeking money through their platforms and implement anti-fraud measures, which ensure that investors fully understand the risks of equity-based crowdfunding.

Moreover, if businesses are raising money on their platforms, crowdfunding sites must register with the SEC and the Financial Industry Regulatory Authority, or FINRA, which regulates securities companies.

The SEC is walking a tightrope in trying to determine the appropriate rules for equity-based crowdfunding, many experts believe, because the agency must serve potentially contradictory goals: deterring fraud and enabling startups.

Former SEC staffer Sara Hanks said that corporate disclosure by startups must not be so burdensome that companies turn away from this fundraising approach. She added that it is important the SEC provide clarity on how secondary markets — where initial investors in a crowdfunded company later sell their shares — will be regulated.

Others argue it’s already too late for the SEC to make crowdfunding more appealing for startup companies and investors. The legislation’s requirements militate against the possibility the agency will loosen the rules sufficiently to attract investors or businesses.

“Equity crowdfunding cannot be relaxed from what’s in the statute,” said Brian Korn, a securities lawyer with Pepper Hamilton LLP. Korn detailed his views on this subject in a recent Forbes article entitled “The Trouble with Crowdfunding.” “And what was in the statute, in my mind, was designed to dissuade people from doing crowdfunding altogether. It was almost a false gift,” he said.

Moreover, FINRA could add another level of detail to the regulations. The agency is expected to issue detailed rules about the records crowdfunding portals must keep, alongside their advertising requirements and anti-fraud measures.

The SEC declined to say when it will issue its crowdfunding policies.

It’s unclear what exactly is holding up the process, but securities lawyers interviewed by the IBTimes suspect that policy questions involving the 2010 Dodd-Frank Wall Street Reform and Consumer Protection Act, which tightened financial regulations, as well as recent commission leadership changes, have slowed the effort down.

“We understand that the [crowdfunding] rules have gone through the staff process and that they are sitting in the inbox of the commissioners waiting for their review,” Hanks said.

After the rules are completed, Hanks plans to launch a business, CrowdCheck, that will do background assessments of startups seeking crowd funding, for investors and portals. “This is an incredibly complex area. With one tiny little piece, there’s a whole lot of rulemaking that has to back up the provisions,” Hanks said. “People are going to be amazed at how long this [SEC] release is — it’s just so much work.”

Kickstarter declined to comment on equity-based crowdfunding. In the past, however, Kickstarter has said it doesn’t plan to expand into these types of investments.