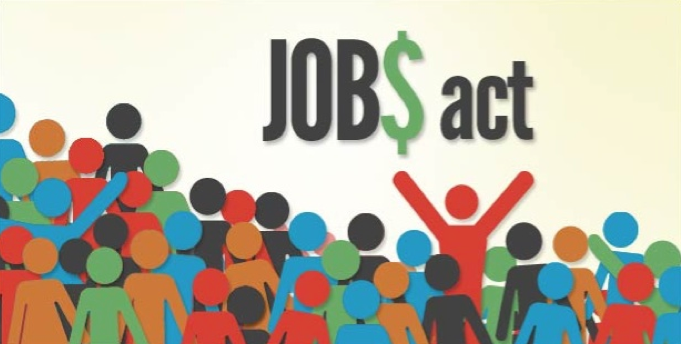 When Congress passed President Obama’s JOBS Act in March 2012, one of the most intriguing provisions would enable crowdfunding—the ability for large groups of anonymous investors to fund startups. More than a year after the law was passed, however, the provision remains tied up in red tape waiting for the Securities and Exchange Commission to pass rules that would allow for crowdfunding investment on a large scale.

Already, companies have dipped their toes into crowdfunding through websites such as Kickstarter, Indiegogo, and AngelList, with an anticipated $5 billion to be raised this year, nearly double the amount in 2012. That’s nothing compared to the bonanza expected when the SEC opens up the floodgates for nonaccredited individual investors to directly acquire equity in private companies—and for companies to directly solicit the public without having to jump through the hurdles usually required in a venture capital presentation.

As enticing as crowdfunding is as a concept, it may ultimately have little power to shake up the investing world, even as it fills a valuable niche, say three Harvard Business School professors who specialize in entrepreneurial finance.

A TRADITION OF CROWDFUNDING
Before understanding what crowdfunding can do, it’s helpful to understand what it is. In a sense, says Jacob H. Schiff Professor of Investment Banking Josh Lerner, crowdfunding isn’t new—after all, soliciting funds from large groups of people is exactly what nonprofits and political campaigns have been doing for more than a century. In today’s world, though, the Internet has dramatically altered the ability for companies and independent entrepreneurs to get their ideas in front of large numbers of strangers with money to invest.

Associate Professor Ramana Nanda further differentiates between crowdfunding through donations or lending and equity crowdfunding. In the case of donations, which is currently much more common, funders expect little if any direct return. In its most pure form, this is where donations to organizations such as World Wildlife Fund and Save the Children fit in. Those contributing money are driven first and foremost by an affinity with the idea, rather than by any individual reward they might receive. Some websites such as Kiva have pushed this concept further to allow microloans through the crowd to lesser-known microfinance borrowers in developing countries.

Nanda puts most current crowdfunding platforms such as Kickstarter and Indiegogo in the equivalent of the donation or lending category. Kickstarter began as a way for creative individuals—musicians, filmmakers, writers—to fund their work, often with the only return an advance copy of a DVD, concert tickets, or a signed thank-you note. Some companies have run with the Kickstarter concept to create products as well, the most successful being Pebble, a watch capable of displaying smartphone messages, which raised $10 million.

Other companies have raised amounts in the thousands to produce specific products or apps, offering those who donate funds an advanced version or limited edition of the product. “It’s a really good example of one of the principles we’ve always taught—it’s best to get money from your customers,” says Senior Lecturer Michael J. Roberts. By soliciting money through Kickstarter or similar sites, a company overcomes the catch-22 that occurs when it needs funding to make a product, but it must show the product in order to attract investors.

By contrast, equity crowdfunding offers funders more than just the intangible reward of supporting a company or cause they believe in; it also gives them a direct share in the company that can produce returns over time. Think of it as E*TRADE, but for private companies instead of public ones.

But while public markets have all kinds of checks and balances to keep them accountable, including detailed financial reporting, private companies have no such thing. Because of that, the SEC currently allows only accredited investors—meaning those who can attest to a certain level of assets and income—to invest in equity crowdfunding. One platform, AngelList, for example, allows these private angel investors to pool their money and invest in larger equity stakes in companies than a single angel investor might be willing to take on by himself.

WAITING FOR THE SEC
That will all change when the SEC finally finalizes rules that would open up equity crowdfunding to the general public. Currently, the agency is considering allowing companies to raise up to $1 million from crowdfunding, and allowing individuals with an annual income or net worth of $100,000 or more to invest up to 10 percent of their income—with lower limits for lower income brackets. (The SEC was supposed to complete the rules last year, but has since dragged its feet on implementing them. They are now expected later this year, though it’s anyone’s guess when.)

Crowdfunding wouldn’t even exist as a viable concept if it weren’t for the dramatic decrease in the cost of creating a business. A few years ago, the amount of money needed to fund a new company would make this kind of investing just a drop in the bucket for most startups. Today, the bar to start a company has been lowered thanks to cloud computing and outsourced coding, among other innovations. A web-based service or app that once might have cost millions to launch can see the light of day for a little over $100,000.

Because of that, an influx of new investors through crowdfunding could potentially allow innovative startups to put their products out into the marketplace with few initial barriers. As a result, more entrepreneurs could engage in more experimentation, potentially increasing the diversity of companies in a given sector.

The question: Is having so many untested companies competing for relatively scarce dollars is a good thing?

“On the one hand, you could say it will democratize entry and allow for more experimentation to take place,” says Nanda. “On the other hand, skeptics will say that these are companies that should not have been funded in the first place, and when it’s time to scale up and they approach VCs, they will have a hard time getting further funding.”