For crowdfunding, the revolution will be localized 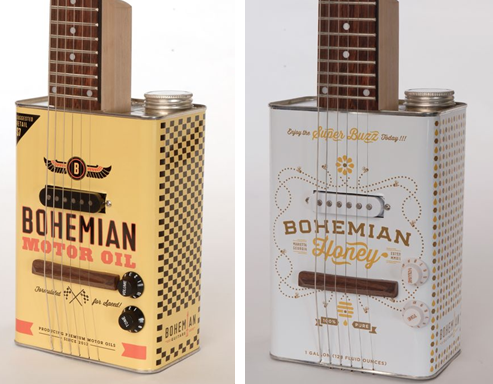 For crowdfunding, the revolution will be localized

(MoneyWatch) Remember the JOBS Act? The 2012 law touted by President Barack Obama as a “game-changer” was going to free entrepreneurs to tap into oceans of online funding from small investors, spurring the creation of businesses and jobs.

Don’t hold your breath. Although the Securities and Exchange Commission has yet to write final rules for this form of “crowdfunding,” the initiative is best described as follows: dead on arrival.

Securities-based crowdfunding, where someone puts up money to take a small stake in what they hope will be the next Facebook — was touted as a way to open up vast new sources of startup funding. Small businesses and entrepreneurs, currently banned from soliciting investments over the Internet, would use the Web to connect with the masses, getting access to capital that big banks haven’t been providing.

This approach differs from the more commonly known kind of crowdfunding, in which everyone from artists and writers to inventors and charitable groups raise money over the Web to finance their work. Such projects, which get backing through funding platforms such as Kickstarter and Indiegogo, are closer to a donation from fans and other enthusiasts.

By contrast, selling shares in a business is governed by securities law. While a music lover may be happy with a signed T-shirt in exchange for kicking in $100 toward her favorite band’s new disc, a shareholder expects a return on investment.

Amid worries that eliminating barriers to soliciting investments online could lead to rampant fraud on the unsophisticated, Congress erred on the side of investor protections when it wrote the law. So even before the SEC completes its rules — the agency may or may not finish by an October 31 deadline — lawyers say that startups will have to undergo a level of scrutiny that might rival the regulatory thicket that companies must negotiate in going public.

For any small business planning to sell shares online, in other words, lawyers will be needed. Accountants must be hired. The more money that’s at stake, the more the accountants have to do. Companies may also face personal liability among corporate officers that outside observers think may have a chilling effect on the entire process.

“There just are a lot of little burdens in here that make it very expensive,” said Joan MacLeod Heminway, a law professor at the University of Tennessee at Knoxville who also practiced securities law. “There is already all this stuff in the law without the SEC even acting yet that will make it difficult. It’s like doing an expensive private placement through the internet.

“It’s not the SEC that killed crowdfunding,” she said. “It was Congress.”

States not waiting on the feds

But if a federal law opening the floodgates of securities crowdfunding is a long way off, some state governments are trying to fill the void — locally and in a small-scale way — in an effort to nourish fledgling business in need of capital.

Georgia and Kansas have laws on the books allowing streamlined reporting requirements for intrastate funding, and officials there have been discussing their experiences with counterparts in North Carolina and Washington state. Rules in Georgia and Kansas stipulate that companies raising money must be headquartered and operating in the state, and must raise money only from residents. Very little reporting on finances is required, but the amounts that can be raised are capped — individual investments are capped at $5,000, while the amount raised cannot exceed $1 million. All the money must be deposited in a Kansas bank.

The laws date back to the federal Securities Act of 1933 that created the SEC and that govern interstate investing. The Act carved out exemptions for issuing securities within a state.

Atlanta’s Bohemian Guitars plans to finance its line of distinctive instruments with money raised through a George crowdfunding initiative.

Kansas and Georgia officials say the regulations are still in their infancy, without broad public recognition. But underlying them is an assumption that investors and businesses both benefit when people have a stake in a local business.

“The difference between what we’re doing in Georgia and the JOBS Act is that the investors are here and so are the businesses,” said Vincent Russo, general counsel to the Georgia securities regulator. “If you want to show up at the office, you would have the opportunity to do that. Before we [wrote the rule] we weighed the potential for fraud. The more we looked at it, the more we thought that this exemption wouldn’t prompt a lot of scams. ”

In Kansas, officials note that the law is intended more to help community businesses get started, rather than as a vehicle for speculative bets on a potential Internet high-flyer.

“We’re not really considering it crowdfunding, although there are similarities,” said Steve Wassom, executive director of the Kansas Securities Commissioner. “Only one [company] has used the Internet — they need to be careful to not allow out-of-state investors. The primary attraction is for members of a local community to support a local business. In other cases, there may be some investors that get in for investment potential, but they’re high risk. It’s a long-shot.”

Stafford Mercantile, a hardware store in Stafford, Kan., and the Home Town Market, a grocery store in Minneola, Kan., a town that had lost its only market, both drew funding through the Kansas exemption. Phyllis Hager, secretary treasurer for Stafford Mercantile, said the store began raising money last August, raised about $95,000 so far from 25 investors and opened in November.

“Business is going very well so far,” she said. “We’ve got everything that a small town needs that Wal-Mart (WMT) doesn’t supply.” She said the town was particularly proud of the soda fountain that had been sold 15 years ago but that the store had been able to buy back and reinstall.

Georgia officials think their crowdfunding law holds potential not just to fund local businesses, but also for the state’s established high-tech and biotech sectors. So far two intrastate funding platforms, Sparkmarket and Sterlingfunder, having launched, and there have been some 10 applications to begin funding rounds.

“We’re tying to develop a new investor class here,” said Jeff Bekiares, an Atlanta securities lawyer who co-founded Sparkmarket. “Not somebody who is just looking for a return, but for a thing to work.”

Bekiares said that by the time a crowdfunding site is created, entrepreneurs have honed their business plans, perhaps had an offering on the donation-based crowdfunding site Kickstarter (not regulated by federal securities laws because it doesn’t offer ownership investment stakes) and gone on roadshows to tout the business. “To design and close a successful crowdfunding campaign is a whole lot of sweat,” he said. “The technology is the last mile of the marathon.”

One company poised to take advantage of the Georgia law is Atlanta-basedBohemian Guitars, which builds a line of oil-can guitars based on what poor musicians were famous for making in the townships of Apartheid-era South Africa. “The oil-can guitar is synonymous with South African music, and we’ve taken that to a different level,” said co-founder Adam Lee, originally from Johannesburg.

Bohemian already raised more than $54,000 on Kickstarter and Lee said that and he and his partners are now trying to determine a valuation for his company to present to investors. He wants to raise as much as $200,000 through the Georgia exemption, and is yet to choose between Sterlingfunder and Sparkmarket to represent the company as it seeks funding.

Meanwhile, Bohemian is building guitars to fulfill the rewards offered for its Kickstarter donors. If its funding methods are technologically of the moment, its sales methods are decidedly retro. Some of its instruments will be sold through apparel franchise Urban Outfitters, while others guitars are going into the hands of music legends whose touch may prove golden.

“We just gave a guitar to Robert Plant in person,” Lee said. “It was pretty awesome.”