Crowdfunding With A Twist: CrowdIt 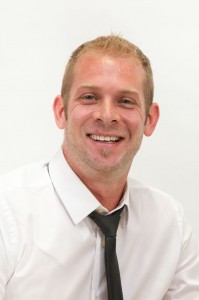 Crowdfunding With A Twist: CrowdIt

Crowdfunding platforms are great places to collect capital for startups or small businesses or projects, but what else could they do? That’s the question a Springfield, Missouri-based platform called CrowdIt is asking.

The company, which launched in March, is seeking to fill a gap it sees in the hot crowdfunding space by offering what amounts to a ‘virtual incubator.’

“A typical crowdfunding portal will have those that create the project and then those that contribute to the project,” said CrowdIt CEO and co-founder Jason Graf. “We are implementing a third user on our site that we happen to called a ‘Suite,’ and that’s a user that can lend expertise, guidance, mentorship, advice and eventually services to those project developers and project holders so that, hopefully, they can have a greater chance of being more successful.”

Most ventures fail not because of lack of capital, rather a lack of experience, said Graf. CrowdIt’s collection of ‘Suites’ may be the deciding factor for some startups and projects.

When you sign up for CrowdIt, you can choose to pursue the role of a Dreamer (that’s someone that needs funding), a Believer (someone that gives funds) or a Suite (a mentor or service provider). There are about 200 projects accepting capital on the platform and about 100 Suites. All contributions made are changed into CrowdIt currency – called “Funz” – and that value will, eventually, be able to be transferred over to a Suite as payment for service. That feature is still in development, Graf said.

If Dreamers hit their goal, CrowdIt takes 5%. If they do not, CrowdIt takes 10%. Dreamers have the option of choosing to wage a partial fund or a whole fund campaign. Partial goal projects need only raise 10% of what they ask for to keep the capital they raise. The average Dreamer on CrowdIt seeks to raise about $53,000 and the average contribution from Believers is $45.

Graf – a longtime entrepreneurial soul – ran into funding issue while looking to find capital to bankroll food service and business service ventures when he was only in his teens. “I was an aspiring ‘wantrepreneur’ at the time,” he says.

By age 24 he’d purchased a mortgage company – a branch of Primary Residential Mortgage Inc., which he renamed Graf Financial Servcies – which he operated for four years before closing up shop in 2007 (no debt on the books upon closing, he said). After two years off, he worked as a business broker with Murphy Business and Financial Corp., which he is still affiliated with despite his full time status at CrowdIt.

Startup funding for CrowdIt came from Baron VC and Graf would not disclose how much was invested.