Crowd-funding: we really are all in this together 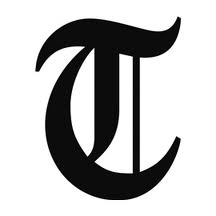 Crowd-funding: we really are all in this together

Waze has around 15m users who contribute information via the app, which then provides instant data. The business is “pre-revenue”, but is in the early stages of linking its mapping to advertisers to create a fully interactive service. Google reportedly beat off competition from both Apple and Facebook to acquire the Israeli start-up.

What struck me about this deal was that Google has spent billions of dollars on its Street View mapping programme. Yet it still saw significant incremental benefit from the type of data that Waze’s users are generating.

A major failing of Apple Maps was that it didn’t have the critical mass of user data to provide accurate and detailed information. Waze’s crowd-sourced solution seems to represent a threshold moment in our development of collaborative consumption.

The potential power of collaboration through technology has long been talked about as something that can fundamentally alter long-held norms within developed economies.

Now some of the signs from successful players harnessing the benefits of crowd-sourcing and collaboration are really altering how we behave, interact and perceive things.

The success of emerging marketplaces such as Airbnb has demonstrated new attitudes to property and ownership that would undoubtedly not have surfaced without the internet.

Airbnb essentially solves a latent inefficiency in the property market of basic “haves” and “wants”, which, through technology, has successfully enabled sufficient trust to build a viable market.

The growth of Zipcar represents a similar psychological shift. Ten years ago, hiring a car for day-to-day use rather than owning one would have seemed fairly strange. But now Zipcar has become something that people see as a convenient way to satisfy their travel requirements, albeit only in conurbations.

People are beginning to view the necessity of ownership completely differently: why buy a physical CD when you can get all the music you want merely by streaming it?

Rachel Botsman, co-author of What’s Mine is Yours: the rise of collaborative consumption, has called these behavioural shifts the beginnings of an economic revolution.

Mass collaboration via the internet is a powerful force for effecting important social initiatives, too. Samasource has developed micro-work,outsourcing small digital tasks to the developing world, creating a living wage for people who would normally have no access to such work.

The workers are relatively unskilled but Samasource breaks down the projects into manageable portions, creating work at one end of the scale and saving time and costs at the other. Their clients include Google, Samsung and Intel, and the company aims to have involved 120,000 people all over the world by 2016.

Another huge behavioural shift that has rapidly emerged in the past two years is using the power of the crowd for financing. Before the financial crisis, financial innovation through technology probably didn’t move as fast as it could on account of the ready and cheap availability of credit.

When that credit dried up after 2008, the internet created new solutions, as it has done in so many sectors. Many businesses and commentators have struggled with what exactly to do with the ubiquity of the web and its ability to throw off so much data – crowd-funding has turned those questions into definitive platform strengths and now we are seeing quite amazing developments.

Some recent research has shown that in 2012 crowd-funding sites raised a total of $2.7bn worldwide, an increase of 81pc on 2011. Kickstarter led the way in 2009 and to date has had 4.4m individual contributors, financed 44,000 creative projects and raised $692m of capital. Many of the sorts of projects Kickstarter showcases would probably have fallen flat if traditional fund-raising routes had been taken.

The UK has seen some of the most exciting crowd-funding developments. The internet’s enabling power and use of data have been brilliantly harnessed by Zopa, for example, one of the first businesses to create a peer-to-peer lending service.

More than £90m was lent last year to individuals by individuals, with lenders having the ability to choose what level of risk they want and then bidding for what they deem to be an appropriate interest rate.

Each loan is packaged so that a lender’s exposure is limited to £10 for each borrower and default rates are incredibly low, at only 0.5pc on an annualised basis.

The service gives borrowers access to capital that in today’s environment they wouldn’t be able to get from a bank – or would simply be made unaffordable – while lenders can place their cash in an instrument with a far higher yield than in a bank.

Despite crowd-funding really taking off in the US, regulators have been very slow to approve any structure that permits the distribution of equity rather than rewards.

The UK, on the other hand, has actively encouraged this and companies such as Crowdcube and Seedrs have found a formula that protects unsophisticated investors while still maintaining the breadth of access that underpins the collaborative concept.

Seedrs has so far raised £1.3m for start-ups across 25 deals and has a long-term goal to raise £100m a year. No such concept yet exists in the US and it is still a nascent concept in Europe, making the UK the genuine frontrunner.

The Government has helped, too, with regulation provided by the Financial Conduct Authority and the Seed Enterprise Investment Scheme offering large tax reliefs to further encourage investment. If early predictions that more than £15bn of financing could be sourced in the next few years, these will prove to be worthy efforts.

Across a range of industries the power of the crowd, enabled through the internet, is beginning to cause marked shifts in people’s attitudes and behaviour.

It’s encouraging that in the UK we are alive to these changes and are providing favourable structures and frameworks to allow them to thrive.

If the 20th century was about hyper-consumption, there are signs that the 21st century is moving towards a period of collaborative consumption that fundamentally changes how we think about our economy.