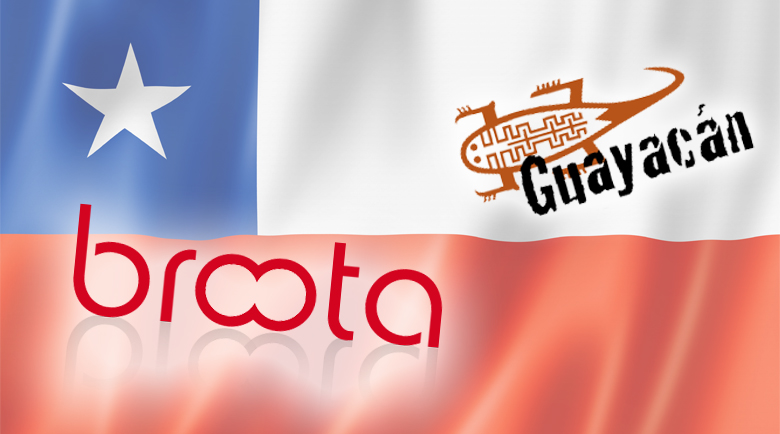 Latin America, a rapidly-developing region with a (mostly) common language and an affinity for social media, presents a great opportunity for crowdsourcing and crowdfunding.

Recently, we learned of an equity crowdfunding campaign that took place in Chile; it is, to our knowledge, the first successful equity raise in the country, and one of the first in the entire region (Colombia’s crowdfunded skyscraper may have beat it to the punch).

The campaign raised roughly $135,000 for the Cerveza Guayacan brewery in northern Chile; it took place on Broota, an equiy-based platform that’s located in Santiago. 48 investors participated in the funding round, which lasted 43 days. Investments ranged from $60 to $20,000, with the average clocking in at around $2,600.

To find out more about the brewery’s successful raise, Broota, and Chilean crowdfunding in general, we spoke with Jose Berrios, the platform’s co-founder and CTO. In the first half of the conversation, we focus on Cerveza Guayacan’s campaign; in the second half, which will be up tomorrow, we touch upon crowdfunding regulations in Chile, and Broota’s plans for the future.

To start, let’s talk about this specific project – what is it all about?

Jose Berrios, Broota co-founder and CTO: Cerveza Guayacan is a brewery from the northern region of Chile, they are about three years old. After 43 days, they got all the funds that they were looking for [from] 48 investors. The [smallest investment] was $60, and the maximum was $20,000. The average was around $2,600. This campaign changed our expectations a little bit because we were looking for an average that was much lower than that. And also, maybe because the platform is quite new in Latin America, [and because] in Chile people are not very used to crowdfunding, but the people were more interested in [this] project because it’s tangible. Beer is something that you can drink, you can see it, instead of products that are web-based. Or maybe [investors were interested in this project] because if the brewery doesn’t succeed, you can sell the land, or the factory, or the machines. But if you have internet software, you cannot sell it in the same way. I don’t know – we’ve been trying to understand our clients.

How much equity in the company did the campaign owners give up?

They gave four percent of the company. So, basically, they value the company at over $3 million.

This is your first successful equity crowdfunding project – do you do reward or donation-based campaigns, as well?

No, but we are considering that in order to have a secondary benefit. When backers get stock of a company, in a psychological way, maybe, it’s not very tangible, so they invest and get nothing in return at the time, just the stock. So, we are considering also adopting the reward model.

What has the reception been like in Chile to this specific project, and has it put more attention on equity crowdfunding in the country?

I think that we had very good reception in [the media]. We have been seen as innovative, and a positive platform that can help investments [spread out across many regions]. Chile is very centralized. Basically, what we have is the immigration of young people from all regions to the capital, because in the capital we have good education and universities. Afterwards, they stay and work in the capital. Of 17 million people, eight million live in the capital. So basically, crowdfunding is a very good way to invest in other regions. Someone in the south can upload a project and get investments from Santiago and the north.

This brewery, is it only selling beer in Chile, or are they looking to go international – what’s their plan?

At the moment, they’re only in Chile. I think they have tried exporting small amounts of beer to Brazil a few times, but, basically, they could not expand because they had limited production. So, they were getting out of stock, constantly. Now, they built a new factory. They are in the mountains, in a beautiful region called Valle de Elqui. Tourism there has been growing – there are beautiful vineyards, landscapes, mountains, and observatories. Many people pass through the brewery every day, they want to see how the beer is produced, et cetera. But they don’t have a restaurant or place to receive the people. So basically, they want to [build a house on the property] to receive people, sevre beer, and maybe something to eat. That’s what they’re going to use the money for.

How do you envision the exit for this brewery’s investors?

Basically, we ask entrepreneurs to decide and write in the description of the project an exit strategy. Some projects propose that in two years, they will buy out the stocks. Other projects are looking for a big player to acquire them. Basically, they don’t have many exit [options] because venture capital in Chile is very illiquid. You don’t have secondary markets where you can trade the stocks. Also, in [one of the laws related to shareholders], it’s written that if a third party comes to the entrepreneur and want to buy a certain part of the project, the first people that can exit are the micro investors.

Still on the topic of this specific project, I think you said they had 48 investors – who are these investors? Are they, basically, friends and family?

Exactly, that was our hypothesis – that in the beginning, mostly friends and family will invest in the projects, because crowdfunding is still not very known in Chile, so when we start having successes, people will start seeing it in a more rational way, and will see it as a way to invest in venture capital. But right now, we are not expecting that, only emotional investments. In the example of Cerveza Guayacan, I can say that 95 percent were friends and family, or friends of friends, or people who were very good clients of the brewery. They knew the entrepreneurs, so it was very emotional.
Source: Crowdsourcing.org