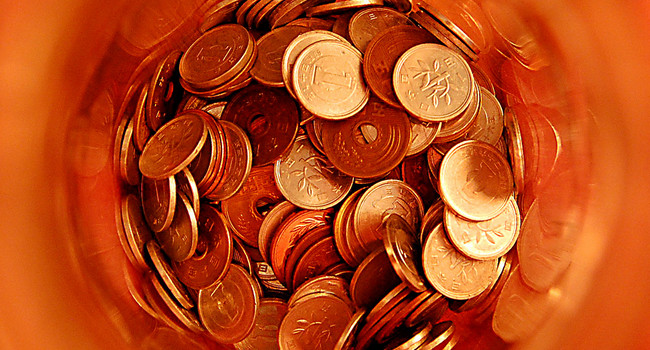 “Crowdfunding is the democratization of [funding] for startups.” People get the opportunity to directly vote with their wallets for the services or products they want. Though massively popular and hyped-up by the media in the US and Western Europe, where does it leave Africa? How has the continent adopted its philosophy to its own advantage, and is it successful?

Starting up startups the African way

Out of all the sites we could find, there are as many as three in South Africa namely StartMe, FundFindand the most recent ThundaFund to provide micro financing platforms. In Nigeria there’s StartCrunchwhile Kenya has M-Changa. In Ghana there is SlizeBiz that focuses on angel investments as well as obtaining micro finances through the general population.

All of these initiatives share the popular principles borrowed from crowdsourcing that holds the idea of sourcing resources, services, ideas, or content from a large group of people to support one single project or purpose. The novelty of crowdfunding mostly grew in 2011 and through 2012 as online platforms such as Kickstarter moved far beyond the point of a US$1.5-billion industry. The concept has since evolved and has been very much experimented with.

In Africa, crowdfunding could still be considered being in its beta phase but has the potential to evolve the startup financing culture of the continent. It’s also being adapted to create a new and interesting chapter for platforms to fit Africa’s unique environment.

Last year Kickstarter had people in more than 177 countries pledging to the site.

We recently saw the success of the BRCK raising over US$170 000 with the tagline “If it works in Africa, it will work anywhere.” What made the pitch and product work? Well, probably mostly because Ushahidi is an already well-established and accredited organization. But more significantly, besides from having an awesome product concept, it solves African issues with African solutions while at the same time appealing to the larger international audience — basically, the guys with money to spend. If this is the case, why would local startups go local, and how could local platforms use geography and “inside knowledge” to their advantage?

Given that Thundafund joined the crowdfunding scene early– in June this year, the organization should have based its launch on extensive market research. And so, according its research, support for projects “generally comes from localised communities before expanding out.” Thundafund also focuses on the “strong positive social or environmental impact,” of the projects to give it an edge.

Thundafund founder Patrick Schofield says that the company aims to build the exposure for projects in local markets far beyond the present reach of international platforms by actively engaging with localorganizations and networks. Although very young, Thundafund has so far raised over ZAR105 000 with a “goal of ZAR155-million to be raised for over 3 300 projects in four years.” Through this, the initiative also hopes to create 10000 jobs.

Different platforms have different audiences. Startups should use this to their advantage and, together with their platforms, approach the market differently to how the popular Western based Kickstarters do.

Crowdfunding projects were made popular via the internet. In this way, the reach (sometimes viral) is more easily carried out. This is most likely due to the interactive nature of the pitches done through videos and more importantly, the accessible markets through social media. Social media and crowdfunding go hand in hand.

A well presented and interesting idea will spread like wildfire via shares, likes and tweets across platforms more than it would through word of mouth. Not to mention what the traditional advertising alternatives would cost.

These numbers don’t leave much room for extensive marketing through social media. According to theWorld Bank, out of the 1 billion strong citizens in Africa, however, more than a half of them are active on their mobile phones. How do bridge these two with trust and demand? Are crowdfunding sites considering their .mobi markets?

Kenya’s M-Changa, for example, uses an SMS service to help promote and remind friends and backers of the active projects. Of course an SMS reminder won’t have the glamour or charm as much a video would have, it’s a significant example showing how to take advantage of an existing tool to gain market reach in a unique environment. There is also word that Schofield has a mobile application for Thundafund in the pipeline.

The tides are also changing for the better. As crucial as it is, internet penetration is on the rise and easy payment systems (including the important mobile) would contribute to the success of both e-commerce as well as crowdfunding. As Schofield points out, crowdfunding is basically online retail “for ideas, not made products.”

Again, this is an important example of taking advantage of popular trends and implementing exciting and experimental concepts. Ecommerce sites like CityMob and Zando are notable examples in this field. Solidifying and understanding this upcoming market in its infancy is crucial for future developments in the arena.

SliceBiz uses the “names and recognition of notable business leaders on the platform to validate the company and then using a crowdfunding approach, urge the second target market of investors (domestic and diasporan middle class) to invest small amounts via our platform.”

This startup is one of three US$10000 winners of the Apps4Africa business challenge last year. The Ghana-based startup uses principles found in crowdfunding models such as Kickstarter and IndieGoGo to improve the startup funding and the investment culture of Ghana and possibly even the continent.

As opposed to a reward system, company CEO Edem Senyo encourages equity investments where “entrepreneurs will provide 30-second video pitches to potential investors. Investors can then give between US$250 and US$100000, and smaller investments can be made using a mobile phone.” This initiative applies an exciting foreign concept in an attempt to solve local startups’ financing models.

Since its launch SlizeBiz has changed the ways of how it adapts micro financing principles to the African context. Today, SlizeBiz is using accredited investors in angel networks to validate companies by allowing angels to first provide part of the startup’s funding before turning to the larger middle class group to ask for smaller investments.

Maybe, but not likely. Although in different formats, the tradition of micro financing has been around in many of Africa’s cultures for decades. To name a few there are Susu in Ghana, Tontine in Mali and, going under many other names, Stokvels (or “stock fairs”) in South Africa. These schemes all use micro financing to support group saving methods. According to researcher Zinzile Ntoyiwa, in South Africa, this is estimated to amount to a massive R44-billion saved a year. This and a “culture of supporting people with great ideas is embedded in many communities,” says Schofield.

These methods are most popularly known for financing emergency savings of specific groups of people. Although mostly popular among black communities, there are many variants found in South Africa. If this concept together with the crux of the crowdfunding concept could be fused and popularized, it could disrupt the way people support startups.

All in all, for now many of Africa still lack the consumer culture which crowdfunding mainly thrives on in the West. But then again, is that what we really want for Africa, or should we make it our own?

Though Schofield notes that the success rate has been “somewhat subdued,” Thundafund is very excited about what the future holds and notes that this way of financing is giving people the opportunity to get involved in the process of creating the product-– in essence “making the world as we would like it.”