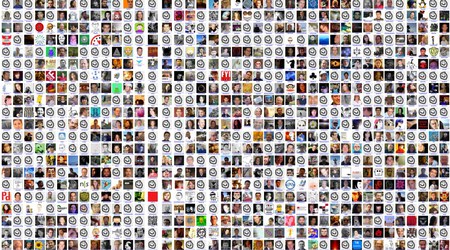 Crowdfunding has become incredibly high-profile in the last year. Amanda Palmer became one the most well-known names associated with it, when she raised over a million dollars from donors using the Kickstarter platform in order to produce her album, art book and tour. Meanwhile, on the music-specialist crowdfunding site Pledge Music, Ginger Wildheart raised money from over 6000 ‘pledgers’ to record a triple album.

Continuing A Tradition Of Public Subscription

It turns out that composers are well versed in having their work funded by public subscriptions and donations. A recent survey of BASCA members that asked how commissions are funded revealed that 48% of the 97 respondents had had a commission paid for from Individual Giving or Fundraising Schemes, so the tradition of public subscription as a way of funding composition is well embedded. A number of Orchestras run schemes that offer members of the public the opportunity to contribute to the commissioning of new classical work. The Royal Philharmonic Society, for example, was set up 200 years ago in order to be put on concerts paid for by members’ subscriptions, and has commissioned many new works including, famously, Beethoven’s 9th Symphony. Their fundraising for composers and performances of new work continues to this day. Another example is Birmingham Contemporary Music Group’s Sound Investment program, which allows the public to purchase units of £150 towards the cost of commissioning new music, in return for benefits such as a named acknowledgement, an invitation to rehearsals or a chance to meet the composer.

Dr Gwendolyn Tietze, the group’s Director of Development says that the scheme has been highly successful, “We launched Sound Investment in 1991 with two aims: to raise money to be able to commission more composers; and to involve more people in the excitement of creating new work. So far, Sound Investment has helped us premiere 68 new works by a variety of emerging and established UK and international composers, raised over £300,000 for new commissions, and it has involved over 300 individual donors.”

This sort of innovation by commissioning organisations seems set to continue, with the announcement on May 9 that a consortium led by Sound and Music has been awarded a ‘Catalyst Grant’ by Arts Council England, to enable them to run trials involving crowd-funding to cultivate mid-level donors.

Some Media Writers have seen new opportunities from the rise of online crowdfunding, with independent film and video game makers able to use the technology to plug into an alternative source of money to put projects into production. Richard Jacques, an award-winning Media Writer has been asked to create music for the online trailers used to generate crowdfunding income, and says these platforms can work well to get interesting and more indie projects off the ground. Richard recommends keeping an eye on projects that are in development as a way of tapping into potential score-writing opportunities.

Online crowdfunding platforms can also offer the individual composer or songwriter or small organisation the option of doing this sort of fundraising independently without having the infrastructure of a commissioning organisation or music publisher to financially support their writing. Websites such as Pledge Music, Indiegogo, Kickstarter, My Major Company and others are all geared up to connect individuals with music projects in need of funding. But how suitable are these platforms for the work of songwriters and composers?  Certainly, one of the most obvious challenges is that most of the active crowdfunding campaigns for music online are being run by performers. The typical model is that supporters will be offered a physical or digital album and access to a live performance as a reward for their support, which may not be something that all writers can offer. Another issue is that in order to crowdfund you need a crowd. Writers who are also artists and have their own fan base are likely to have a ready-made group to approach, but others will find that this is something that has to be developed from scratch.

On the surface, crowdfunding sites may not seem like a natural home for writers and composers, but digging a little deeper, it is clear that there are advantages to them. One of the benefits of these sites is that they do allow more unusual and interesting projects to find their audience without necessarily appealing to the commercial mainstream. Projects can take almost any shape or style, giving huge scope for creativity in how the work is delivered. Writers may find that they get a refreshing amount of support from their contacts and enjoy the experience of a dialogue with their network and the public directly as they create their work.

Author Miranda Ward experienced these benefits when she crowd-funded the publication of her first book ‘F**k The Radio, We’ve Got Apple Juice: Essays on a rock ‘n’ roll band’. The book is a memoir based on her experiences as a freelance writer and her friendship with Oxford-based band Little Fish. The book explores the nature of success and creativity, through the story of the band. Miranda was supported by fans of the band, readers of her blog and the local music community in Oxford to write the book. There was demand for the book, which Miranda was able to demonstrate to the publisher Unbound, by getting grassroots financial support. Miranda remarked, “Fans of the band were prepared to throw their money at it and spread the word”. She warns, though, that independent fundraising does take a great deal of work, “I was really happy to do it, but it’s quite an exhausting process…I felt like I was a broken record constantly saying ‘support this thing’…and then you have to sit down and actually write it…I felt I had a responsibility to these people [who had pledged money]….it is a lot of investment on both sides”.

Life Cycle Of A Crowd-Funding Campaign

Crista Kende is a professional freelance Violist based in New York City. For over a decade she played on a viola on loan from a foundation, but when she completed her Masters at the conservatoire Julliard she had to find an instrument of her own. As she also has a job working at crowd-funding site Indiegogo, it was natural for her to turn to the platform to raise money for a world-class instrument to continue her career. Crista set out to raise US $ 24,000 over a 30-day campaign, and kindly shared some details of the process with The Works.

Speaking from her New York office, Crista says: “There was definitely a lot of planning, a few months (worth). I don’t think I understood the whole process until I did it for myself”. During the campaign she had to be very proactive about contacting people, publicising her campaign, updating her page and other social media and responding to queries, “It’s really like a part time job, spending a few hours per day – you work for it”, she says. This included reaching out to Viola and Classical Music groups on sites like Reddit, and contacting people on Twitter she thought would be able to publicise her campaign. She got a late boost from a mention on Norman Lebrecht’s widely read ‘Slipped Disc’ blog in the UK, and all of this helped her break out of her inner circle and reach strangers.

The kind of perks that Crista included in her campaign were carefully chosen so that she would be able to put the money raised towards the cost of the Viola, and not spend it on fulfilling the perks. She offered Viola lessons, a ‘Crista Channel’ where she would release one recording each month of Viola pieces performed on her new Viola and tickets to a recital amongst other benefits.

25% of the money was raised within the first week. Then there was a ‘lull’ in the middle weeks, which Indiegogo says most campaigns experience. 2 days from the end date, there was still $11,000 dollars to raise, but the target was reached by continually reminding people of the countdown to the deadline, which spurred some late funders into action. In the end, 188 different people contributed between $5 and $1500 to the campaign. Crista estimated that she already knew around 75% of the people who contributed– some were family members, but others were loosely connected to her, and people that she would not have approached for funding had it not been in the context of the campaign.

Crista’s primary tip is not to approach people feeling as if you are simply asking for money, the exercise needs to be treated as, “creating a market place for your services and finding a way to communicate with your audience on a different level”. She says that in her experience, “people are actually very interested”.

Over on this side of the Atlantic, and in a popular music genre, BASCA member Rob Flanagan of London band Some Velvet Morning used the French site My Major Label to raise £100,000 for the group’s second album. The three-piece write all of their music together, and had already released their own debut album and an EP, before launching their funding campaign in late 2010. The site offers members a chance to invest in projects with profits being split between the investors, the band and the record label. This campaign saw the majority of the money coming from investors hoping to make a return on a few hundred or few thousand pounds speculated on the band, and fans putting in smaller amounts. Fans and investors were offered copies of the album and other rewards such as T-shirts, studio visits, vinyl and artwork prints, depending on their level of investment. The money was raised within 6 weeks.

Rob says that the group’s good quality audio-visual material was important in winning the backing of investors on the site, “We got a synch in the trailer of a film called Kickass with one of our songs called ‘How To Start A Revolution’, and were allowed to use the footage for our video. I intercut the film footage with video of us performing, which ended up looking like a very high quality product”.

Some Velvet Morning also posted demo material online, telling fans that as each new fund-raising milestone was reached, another demo would be released. This helped to drive the campaign forward, with fans reinvesting or encouraging friends to back the campaign in order to hear the next demo. After a change of distributor and label personnel, the resulting album ‘Allies’ was released in Europe and online by My Major Company/Warner Music on May 13th 2013.

So crowdfunding is something that isn’t new, but the online platforms available put it into the reach of every songwriter, composer and author – whatever their genre or size of project. The crowdfunding platforms will offer support to you as you plan your campaign. Pledge Music, for example, can offer guidance on choosing the right funding target, using a ratio that look at online engagement with fans. They also offer advice on the right rewards to offer, and introductions to their partners who can help with publicity, manufacturing and fulfilment. Or there’s Indiegogo’s Customer Happiness team, which offer extensive online advice about how to organise a campaign. Ultimately, though, the best way to pick up some inspiration is to look at successful campaigns, so there are links to all the campaigns mentioned in this article listed below which might spark even greater use of crowdfunding for new music.
Remi Harris is the author of a forthcoming guide on music industry funding, which will be published by MusicTank in September 2013, and followed by a MusicTank convention on the subject. If you’d like to be added to this mailing list please contact us.

This article first appeared in issue 37 of The Works – the magazine of BASCA, the British Academy of Songwriters, Composers and Authors. Reproduced by kind permission.