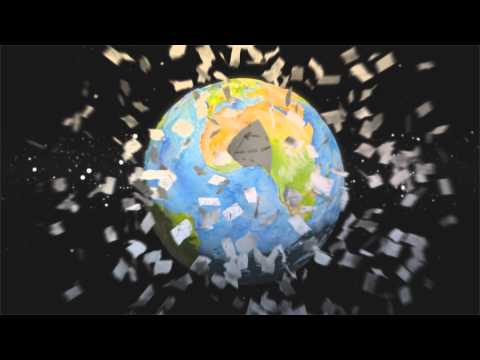 The market is not short of tidy new ideas for crowd funding campaigns, whether in relation to profit-making or non-profit ventures. And though each crowd funding facility has its own rules, the ultimate requirements are that the interest and imagination of a browsing public be captured and that the subsequent contribution offered render a well-planned project viable.

Crowd funding has become so accessible and realistic an alternative (as well as supplement) to traditional fund-raising, that it can no longer be easily dismissed or ignored by serious private investors as a marginal option for small-time fund seekers.

There are signs nevertheless that crowd funding might not be as good an option for some as for others, with the success of campaigns often depending on their suitability to the crowd funding medium, inclined towards tangible enterprises and projects that offer discernible opportunities for involvement or participation.

So the question is: has crowd funding reached its limits or has it only just begun?

Here to discuss this in relation to film is our panel of experts:

Chris Jones – director / producer / Creative Director of London Screenwriters’ Festival
Chris is passionate about all things film, having spent his life watching movies, making movies and helping others make their movies. His major projects include action thriller ‘The Runner’, serial killer thriller ‘White Angel’ and paranormal horror ‘Urban Ghost Story’. He also co-created and authored The Guerilla Film Makers Handbook series (currently in eight editions!). In 2009, Chris made the multi-award-winning (and Oscars shortlisted) ‘Gone Fishing’. More recently he has run a series of London based festivals, kicking off with the London Screenwriters’ Festival. He also set up and runs TEDxEaling, an annual TEDx conference on storytelling and human communication. He runs regular filmmaking workshops for film-makers with low price points so everyone can attend and get making their projects. Right now, he is developing ‘Rocketboy’ with Judy Goldberg, and will blog the entire journey, from concept through script, finance, shoot, editing, festivals, distribution and sales.

Emily James – director / producer
Emily studied documentary directing at the National Film and Television School, her student films already winning international awards. After her first broadcast commission, The Luckiest Nut in the World (C4, 2002), the Guardian asserted “Emily James is a genius… and will in time be revered as a television innovator.” Following the experimental series Don’t Worry (C4, 2004), and more classic documentaries such as What Would Jesus Drive? (C4, 2005) and The Battle for Broadway Market (C4, 2006) Emily moved into feature documentaries. She was Executive Producer of the groundbreaking The Age of Stupid (2009) and her feature directing debut, Just Do It – a tale of modern day outlaws, opened in over 45 independent cinemas across the UK in Summer 2011. Emily has a reputation for inventive storytelling, pioneering production models and socially engaged, creative filmmaking.

Elliot Grove – founder of Raindance and the British Independent Film Awards
Elliot Grove founded Raindance Film Festival in 1993, the British Independent Film Awards in 1998, and Raindance.TV in 2007. He has produced over 150 short films, and 5 feature films. He has written eight scripts, one of which is currently in pre-production. His first feature film, TABLE 5 was shot on 35mm and completed for a total of £278.38. He teaches writers and producers in the UK, Europe, Japan and America. In 2013 he relaunched the production arm: Raw Talent. Elliot is co-producing a feature with the cult film director Ate de Jong which is currently in post-production. He has written three books which have become industry standards: RAINDANCE WRITERS LAB 2nd Edition (Focal Press 2008), RAINDANCE PRODUCERS LAB (Focal Press 2004) and 130 PROJECTS TO GET YOU INTO FILMMAKING (Barrons 2009). He was awarded a PhD in 2009 for services to film education. His first novel THE BANDIT QUEEN is scheduled for publication next year.

Ed Blum – director / producer
Ed is a BAFTA nominated director and film producer. Prior to moving into feature films he worked for 15 years as a director and producer for the BBC, Channel 4 and ITV. Ed’s first film ‘Scenes of a Sexual Nature’, which starred amongst others Ewan McGregor and Tom Hardy, was made for £250k. The film was subsequently sold to 23 countries including the United States. For UK distribution Ed, alongside the Executive Producers, took the innovative step of raising the P&A and self-distributing the film. Ed has a number of feature film comedies in development. He is also developing an online platform called MovieBuild, www.moviebuild.com, which will allow filmmakers to develop business plans based on a variety of fund-raising models, including crowd funding.