Small Talk: Crowdfunding can flourish but it still needs a watchdog 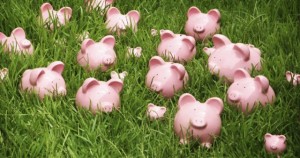 Small Talk: Crowdfunding can flourish but it still needs a watchdog

Raise your glasses to BrewDog, the Scottish brewery company in the middle of a £4m growth capital campaign. It is raising the money from equity investors through a private share sale and looks likely to hit its target with no difficulties at all – £1m came in on the first day of the share issue.

BrewDog’s success partly reflects a clever marketing campaign that has sought to capitalise on the cachet it has with customers who admire an independent business in an industry mostly populated by large brands with very similar products. As well as a stake in what has been a fast-growing company, the “Equity for Punks” fundraising offers investors discounts on BrewDog products.

Nevertheless, this is a project that is only possible thanks to the power of the internet, which gives the company access to millions of potential investors through a single portal. The BrewDog campaign is part of the wider crowdfunding movement, which continues to go from strength to strength in the UK (and in many other countries).

So much so that crowdfunding is rapidly approaching an important crossroads. On the one hand, we are starting to see some key figures in the sector pushing to see it get the same sort of support from policymakers as other initiatives that help growing businesses raise money. There is a growing clamour, for example, for people to be allowed to hold crowdfunding investments within their tax-free individual savings accounts.

On the other, we are also beginning to see a bit of a backlash. There are those who believe that since the crowdfunding sector is unregulated, some sort of scandal is just around the corner. They point to a warning from the Financial Services Authority last year that crowdfunding is an activity really only suitable for sophisticated investors. Where then do we go from here? The first point to make is that there is clearly a demand from investors for crowdfunding.

We know there is a demand for crowdfunding from small businesses too. While bank debt remains difficult for many growing companies to access, equity funding is even tougher to come by. The banks have mostly withdrawn from this type of finance and the private equity and venture capital sectors have never really filled the hole.

If investors and investees think crowdfunding is the way to go, we should do our best to ensure nothing gets in the way. That means being careful not to erect unnecessary obstacles to the sector’s development, but also ensuring that investors are well protected.

In practice, it makes sense for the Financial Conduct Authority, which has replaced the FSA, to be given powers to police the crowdfunding sector. Regulation would deter the sort of fraudsters who tend to be attracted to growth businesses of this type.

With the sector put on firmer footing by regulation, it would become much easier for policymakers to support it with tax breaks. There is no other reason why shares in companies that have raised money through crowdfunding should not be eligible Isa holdings.

There’s no doubt crowdfunding is here to stay. In time, fundraisings such as the BrewDog share issue will become commonplace. But if the sector is to fulfil its potential, it needs closer attention from regulators and government.

Plus500, the latest in a long line of successful ventures to come out of Israel’s booming technology sector, will today unveil plans for a listing on the Alternative Investment Market (Aim).

The business, which runs an online trading platform for investors in contracts for difference (CFDs), aims to raise as much as $50m (£32.7m), which would be one of the largest IPOs on Aim this year.

CFDs are instruments that offer investors exposure to movements in an underlying asset – Plus500’s platform offers CFDs linked to around 1,700 securities – without requiring them to own the asset itself.

Like conventional derivatives, they feature gearing – a movement in the value of the underlying asset produces greater corresponding gains or losses for the CFD holder – and have become increasingly popular over the past decade.

Plus500 wants the money to step up its marketing efforts in an industry where competition is fierce, as well as to expand into new territories.

It already has 58,000 customers in more than 50 countries around the world, and made a profit before tax of $23m on sales of $56m during 2012.
Small Business Man of the Week: Nicholas Green, founder, printed.com
We launched printed.com in October 2011 with just a couple of us working out of a small office – I had a background in both print and online advertising, and although people were talking about print negatively, I knew that if you could combine those two worlds, it was possible to build a successful business.

“The business has grown by 100 per cent a year in each of its two years of trading so far and I’d like to be doing £7m to £8m of annual sales by February next year. We’ve now got 20 of us working in our London office, plus another 30 or so at our print facility in Newcastle.

“We started out offering products such as business cards but we’ve just kept expanding the range as we’ve had new ideas.

“We’re always working on ways to differentiate ourselves from other businesses because we’re aware that we’re not the only ones doing this. For example, we’ve got a rewards programme where you can earn points with British Airways for buying our products.

“We’re already expanding internationally – we’ve found a partner for the US and we’re looking at continental Europe too.