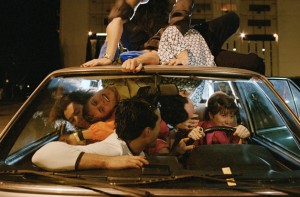 It’s about one year since President Obama signed the Jumpstart Our Business Startups Act (the “JOBS Act”), designed to help new companies raise capital and go public. For individual investors the most troublesome provisions of the law relate to crowdfunding–a term not defined in the law, but popularly usedto mean raising money online for a variety of purposes. Since the JOBS Act passed, crowdfunding has been on a roll. But don’t believe the hype; it is far from a start-up fundraising panacea. In the guest post below, Brian Korn, a securities lawyer with Pepper Hamilton, explains why crowdfunding is not all it’s cracked up to be.

The SEC has not yet released crowdfunding rules for public comment, but many folks aren’t waiting for that. At last count there were nearly 200 public comment letters and staff meetings about the subject on record with the Securities and Exchange Commission. That’s the highest of any provision of JOBS Act.

Meanwhile, the LinkedIn group “CrowdSourcing and CrowdFunding” has over 19,000 members and is brimming with minute-by-minute activity, eclipsing the roughly 1,400 members of the “IPO” group. It is impressive that a concept barely in the investor lexicon two years ago has captured the imagination and attention of so many.

Unfortunately, crowdfunding perception does not align with crowdfunding reality. Crowdfunding will not be able to deliver the grassroots fundraising ease for which so many seem to be hoping. After reviewing the enthusiastic postings of entrepreneurs and discussing the concepts in detail with financial and venture industry insiders, many observers believe there is a fundamental disconnect between the promise of crowdfunding, and the system that the SEC will put in place exercising its authority under the JOBS Act. Put another way, the risks, burdens and limitations of crowdfunding render it almost completely useless. And since crowdfunding targets individual investors, maybe that’s a good thing.

The promise of social media has made it possible for unknown people and ideas to become viral sensations overnight without spending money on traditional media or promotion. We’ve all seen the Facebook posting of some puppy or kitten video that has managed to garner over 1 million “Likes.” We have become a society of direct engagement through social media, including Facebook, Twitter, Instagram, LinkedIn, Spotify and Pinterest. In early April, the staff of the SEC’s Division of Corporation Finance endorsed social media as a bona fide corporate disclosure tool under certain conditions. But until the JOBS Act, social media could not be used as an effective capital-raising tool without violating securities laws.

Crowdfunding began with the concept of small enterprises engaging in online capital-raising through social media and raising funds from people they did not previously know (and were not likely to meet). The notion that small individual investors could have the same access to early-stage investment as large venture capital funds, combined with the enhanced ability of start-up companies to raise money beyond their “friends and family” group was a compelling reason for Congress to add crowdfunding to the JOBS Act. Congress even cleverly fashioned Title III of the JOBS Act as the “Capital Raising Online While Deterring Fraud and Unethical Non-Disclosure Act of 2012.”

Despite its detractors, including then-SEC Chairwoman Mary Schapiro, Title III added a new exemption from the registration provisions of the Securities Act of 1933 for crowdfunding transactions. The JOBS Act was signed into law by President Obama on April 5, 2012, following a 73-26 Senate vote. Unlike some of the other provisions of the JOBS Act, before crowdfunding is lawful the SEC must proposed and finalize additional rules. Despite a December 31, 2012 deadline, no rules have been proposed.

As a result of significant amendments on the Senate floor, crowdfunding emerged in the final version of the JOBS Act with a much heavier set of regulatory, legal and procedural burdens than what had been originally proposed. Regardless of the SEC’s upcoming rulemaking process, these statutory requirements effectively weigh it down to the point of making the crowdfunding exemption under the JOBS Act utterly useless. When compared to other forms of private placements, crowdfunding is not a feasible option. Here are ten reasons why:

1. Crowdfunding caps an amount an issuer can raise to $1 million in any 12-month period.

2. Shares issued in crowdfunding transactions are subject to a one-year restricted period.

3. Non-U.S. companies, public-reporting companies (other than “voluntary filers”) and investment companies (mutual funds, for example) are not eligible to crowdfund.

6. Crowdfunding requires a disclosure document to be filed with the SEC at least 21 days prior to first sale, and requires scaled financial disclosure, including audited financial statements for raises of over $500,000.

7. Unlike Regulation D Rule 506 private placements to accredited investors following the JOBS Act, crowdfunding does not allow advertising except solely to direct investors to the appropriate broker/funding portal.

8. Annual reports and possibly more frequent reports (depending on SEC rulemaking) must be filed with the SEC by a company which completes a crowdfunding round.

9. Legal prospectus liability will apply to disclosures, with a “knowledge” exception for misstatements or omissions.

10. Extensive due diligence is required, including background checks on management and large stockholders.

Despite the sound and fury, the crowdfunding exemption will do little to help small start-ups raise capital. That’s because it will not be economically feasible for most companies to comply with the filing and disclosure requirements; take on the risk of legal liability; and undertake annual reporting obligations to raise a maximum of $1 million in a 12-month period. A company might as easily consider filing for an IPO and raise enough to cover its offering costs. As demonstrated by the chart below, it is difficult to imagine why a company would opt for crowdfunding instead of other, less burdensome, forms of private placements – for example, a Regulation D Rule 506 raise or a Regulation A+ raise (another creation of the JOBS Act).

The reason many firms may not be able to complete a traditional private placement is that they cannot find enough accredited investors. Many fear that crowdfunding will push the least desirable and riskiest investments that cannot attract mainstream investor support out to the retail investor base, essentially passing on the riskiest slice of investments to those who can least afford the risk.

Whether you’re a company or an investor, don’t try this without legal advice either. The myth of easy capital raising through crowdfunding has overtaken the social media start-up marketplace. Compliance with the crowdfunding rules is harder than it may look.