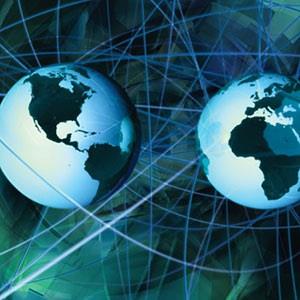 A recent industry report indicates that crowdfunding, as a whole, helped raise more than $2.7B last year, a number expected to exceed $5.1B in 2013 (Massolution 2013). With hundreds of platforms now operating globally, local legislators and policymakers have focused their attention on crowdfunding, which culminated in President Obama’s signing of the Jumpstart Our Business Startups (JOBS) Act, in April of last year. However, while policy and practice are clearly progressing at a rapid pace, academia’s (and, in turn, practitioner’s) understanding of crowdfunder behavior lags behind. This is surprising, given that crowdfunding presents a novel twist on many long-standing phenomena of interest to academics, in numerous fields of study. The dearth of research in this space is likely attributable to a number of factors, a prime candidate being the complexity and messiness of the crowdfunding phenomenon. Consider that a number of prominent crowdfunding platforms are now global in nature, entertain myriad types of campaigns, each with its own particular incentives for contribution, and draw contributions from an extremely heterogeneous user-base. Theorization and empirical evaluation are thus extremely difficult to conduct in anything approaching a generalizable manner, unless one takes a holistic perspective. There is, however, a light at the end of the tunnel.

A number of empirical studies we have undertaken to date provide evidence of the value and opportunities of big data, econometrics and analyticsfor the study of crowdfunding, and crowdfunder contribution behavior in particular. Leveraging large-scale data, our work has explored a number of factors that influence crowdfunder contribution decisions, including social information (i.e., details of prior others’ contributions) in the crowdfunding process (Burtch et al. 2013a), cultural differences (Burtch et al. 2013b) and privacy features (Burtch et al. 2013c). We propose to present on the results of these various studies(summarized below), to obtain feedback from the academic community with an interest in crowdfunding, and to offer our own suggestions for new research directions.
Study A—Social Information: A key factor that can influence the behaviour of crowdfunders is information on prior contribution behaviour, including the amount and timing of others’ contributions, which is published for general consumption. We empirically examine social influence in a crowdfunded market for online journalism projects, employing a unique data set that incorporates contribution events and Web traffic statistics for approximately 100 story pitches, a data set that allows us to examine both the antecedents and consequences of the contribution process. We evaluate the applicability of two competing classes of economic models that explain private contribution toward public goods in the presence of social information: substitution models and reinforcement models. We also propose a new measure that captures both the amount and timing of prior others’ contribution behavior: contribution frequency (dollars per unit time). We find evidence in support of a substitution model—a partial crowding-out effect, where contributors experience a decrease in their marginal utility from making a contribution as it becomes less important to the recipient. We further find that the degree of exposure a pitch receives over the course of the funding process is positively associated with readership upon the story’s publication. This finding validates the widely held belief that a key component of crowdfunding is the potential it offers for awareness and attention building around causes and ventures.

Study B—Cultural Differences: We analyze crowdfunder contributions using data drawn from Kiva.org, a global platform that facilitates pro-social (peer-to-peer) lending. Our analysis considers a gravity model of international transaction (lending) volumes, based on more than three million individual lending actions. We consider the dual roles of geographic and cultural distance on lenders’ decisions about which borrowers to support. Although cultural differences have seen extensive study in the IS literature as sources of friction in extended interactions, here we argue and demonstrate their role in individuals’ selection of an online transaction partner. We demonstrate that crowdfunders prefer culturally similar, local fundraisers and, further, that contributors view these two dimensions of distance as substitutes. We also demonstrate the potential of IT-based trust mechanisms to overcome culture’s effects, focusing on Kiva’s built-in reputation system. We discuss the implications of our work for crowdfunding and electronic markets more broadly.

Study C—Privacy Controls: The demand for online privacy remains an ongoing source of debate. Sensitive to this fact, many online platforms now offer users greater, more granular control over how and when their information is revealed. However, recent research suggests i) that users often fail to apply privacy controls as they reportedly intend and ii) that the provision and use of information hiding mechanisms is not necessarily of economic benefit to the various parties involved. In this study, we examine users’ endogenous application of information hiding mechanisms and the economic consequences of users’ doing so. We leverage transaction-level data from one of the world’s largest online crowdfunding platforms, where campaign contributors are given the option of concealing their identity and contribution amounts from public display. First, we find that individuals are more likely to conceal information when they are i) privacy sensitive, ii) when a campaign has received a greater deal of public exposure and iii) when their contribution amount is relatively “extreme.” Second, we find evidence of an anchoring effect, where contributors refer to the amounts supplied by prior others, as a point of reference when deciding upon their own contribution. However, when prior others conceal their contribution amount, the anchoring effect is eliminated. Considering the marginal effects, we find that concealing the prior contribution amount can be beneficial or detrimental for the purveyor or campaign organizer, depending on the contribution size. If prior contributions are small, concealing the amount is likely to be preferred, in order to prevent a downward influence on subsequent contributions. In contrast, when prior contributions are large, it is to the purveyor and campaign organizer’s benefit if the amount is revealed, as this can create an upward influence on subsequent contributions. This finding implies that a nuanced approach to the provision of information hiding mechanisms can help promote larger crowdfunder contribution. We discuss the implications for the design and provision of online information hiding mechanisms.