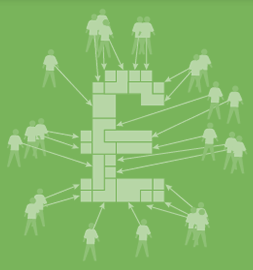 The CrowdingIn directory certainly looks like a useful resource if you’re trying to figure out how best to get your next project funded, with the ability to filter by model and sector/area of interest. So, for example, if you’re looking for an equity investment model in the arts-creative sector then using the directory quickly narrows down those 31 platforms to just one. Or if you’re looking for a donation model in the same sector you’ll find there are four options to choose from. The rewards model is generally more populous, with two pages of results to sift through. But as a signposting service it’s still doing some useful legwork.

Of course there is variation in the crowdfunding platform offerings, with levels of specialism — including some very niche offerings, such as SolarSchools: a platform for U.K. schools to raise money to buy solar panels to fund clean energy. That’s not the place to go to fund your next great business idea, clearly. But there is also still plenty of crossover, especially for the rewards model in creative sectors — which is really where the whole crowdfunding phenomenon kicked off.

Also worth flagging that the UK Crowdfunding Association, a self-regulating trade body for the sector, counts about half the number listed on Nesta’s directory among its membership — so there may be some useful cross-referencing to be done there. The Association does also include some platforms that aren’t apparently on Nesta’s list. So, depending on how you count it, the U.K. appears to have (even) more than 31 crowdfunding platforms…