Why crowdfunding is the world's incubation platform 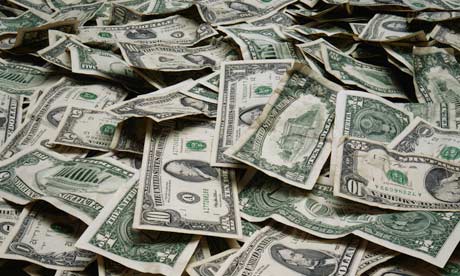 Why crowdfunding is the world's incubation platform

Most of us have heard of the Pebble watch, Tesla museum, Amanda Palmer or even the Karen Klein bus monitor campaigns. These crowdfunding hits captured media attention across the world in 2012, and arguably catapulted crowdfunding into the mainstream vernacular.

Yet, the true revolution of crowdfunding isn’t happening in our newspapers or on our morning news shows. This revolution is being waged online by the thousands of crowdfunding campaigns taking place across the globe. Businesses, artistic endeavours and causes are steadily raising $1,000, £5,000, and €10,000 at a time to launch life-changing ventures from their customers, fans and supporters. With crowdfunding, ideas find their own niche audiences. Crowdfunding raises the funds needed for ideas to launch, grow and thrive without the obstacle of traditional investors deciding whether these ideas are worthy of existing or not.

In what will soon be seen as the old world, traditional financiers – from investors to banks to foundations – view themselves as “calculating decision-makers” and “amplifiers”. Their job is essentially to bet on some ideas and reject the rest. However, as a result of this gatekeeping process, thousands of potentially great ideas go undeveloped.

In what will soon be known as the new world, crowdfunding is empowering people to fund what actually matters to them. Crowdfunding thus turns the sourcing process into a discovery process, making selection efficient and fair.

At Indiegogo, we use an objective algorithm called the gogofactor to ensure crowdfunding campaigns earn exposure based on the community’s response to them.

By offering a mechanism where ideas in need of funding rise to the top algorithmically and automatically, rather than subjectively and manually, crowdfunding is not only a robust alternative form of funding, but also an efficient market validation and de-risking mechanism. Traditional financiers will soon not be able to live without it. We’re creating a true incubation platform for the world.

Sometimes success through crowdfunding convinces institutional investors that ideas they once overlooked are popular with consumers after all. For example, the Star Accessory was deemed unworthy by dozens of venture investors worried about high market risk, until a successful $25,000 crowdfunding changed their minds.

Another example is how comic blogger Matthew Inman’s $1.4m people-powered crowdfunding campaign to build a Tesla museum convinced the New York state government of public interest in the project to the tune of $850,000 in matching government funds.

In many ways, crowdfunding reduces the risk of potential investments by proving market demand in a demonstrable way.

When people fund anything anywhere in the world, they do so for one of four reasons: passion, participation, perks and profit. Funders are either passionate about the idea, team or project. They want to participate in its success; or they want to get something in return, such as a perk or even a profit. Under the Jobs Act signed by president Obama in April 2012, US citizens will for the first time be able to profit by making crowdfunding investments, after the rules are finalised later this year.

Whether a venture is for-profit or nonprofit, the crowdfunding process provides a way for ideas to succeed on merit and relevancy instead of luck and subjective curation. As a result, the ideas brought to life are those the world chooses, not the ideas that a limited number of gatekeepers secretly select.

Artistic and socially driven projects also thrive with crowdfunding as they often tap into all of the motivations (that are currently legal) at once. For example, the 6,219 funders that contributed nearly £400,000 to London-based GravityLight did so to support the passionate creators, participate in a larger movement to bring safe light to the developing world and receive a cool gravity-powered light.

The future is now

As crowdfunding changes finance, it will improve the health of the financial ecosystem and bring about a world where every person’s participation will matter. Whatever your vision, if funding was stopping you from doing what matters, you now have no excuse. Whether it’s starting a campaign to raise money for a business, creative project or cause you care about, crowdfunding is your answer. It’s time to fund what matters to you.

Danae Ringelmann is the co-founder of Indiegogo