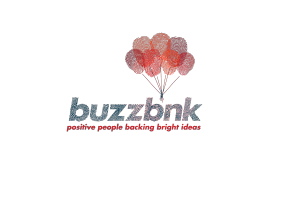 Eugenie Teasley, founder of Spark+Mettle, shares her tips on crowdfunding for first timers, and reflects on the benefits (but the struggle) of building a community of people around a cause.

Crowdfunding is the easy option, right?

No, but it is an exciting one. Any sort of fundraising is hard, especially now. Whether or not you are at the coal-face of the charity or social enterprise world, there are often times that you need to raise some money. Perhaps for an event you’re doing, a new project you want to get rolling, or—as was the case for me—trying to start up an organisation. From zero.

If you’ve raised money before you’ll know all too well that it is tough. Really, really tough. And if you’ve been asked to donate money (as I’m guessing almost all of us have), then you’ll know that it can be a little tiresome. I’m not sure if they exist in every country around the world, but here in the UK on pretty much every high street we are often approached by people asking us to sign up to be a regular donor for a charity. Some call these people “chuggers” (a shortening of the not-very-kindly phrase “charity muggers”).

But even if you don’t have to try to dodge chuggers as you set out to buy groceries, you may have been approached by all sorts of people and have been asked to give money. Perhaps you have been asked to donate to someone who’s running a marathon, or to attend a fundraising dinner (with an auction). Perhaps you’ve had to figure out how, politely, to turn them down. I know that I suffer from donor fatigue, so I’m sure that others do too.

So the issue I’ve been grappling with recently is this: how do I ask people for money? And, more importantly, how do I make sure that they want to give? And on top of ALL that, how do I get them to become part of our community rather than arms-length donors?

I knew that I didn’t want to go down the traditional routes of fundraising. I realised that if I was bored at the thought of them, then I probably wouldn’t pitch my idea across particularly convincingly. After living in the States for a couple of years, I was well-versed with the idea of crowdfunding. Over there, great websites like www.kickstarter.com have been hugely successful at getting lots of people to invest small amounts into innovative, creative ventures. I liked the idea of it. It feels grassroots-y. And that ties in well with the morals and values of my organisation.

I also learned about Kiva (www.kiva.org) — an organisation that adopts the microfinancing approach (originally spearheaded by Yunus at Grameen Bank) and applies it to the web. It gets lenders in developed countries to invest small sums (say $10) in small businesses in the developing world. It has had great success and spawned many similar sites across the world.

You can build a movement through crowdfunding, right?

Right! If you have a pre-established community then crowdfunding is a great way to get them re-energised with your cause. But crowdfunding also works if you want to build from scratch a network of people who want to do more than merely donate to your cause and if you are able to offer incentives or rewards for their pledge. It is not an easy option. Especially if you’re starting with a tiny/non-existent community, when it is hardest to get traction. For me the most enticing thing about crowdfunding was the idea of building a movement: a community of people championing the cause. But as Derek Sivers points out so brilliantly in this video, that is no mean feat…

All crowdfunding platforms are the same, right?

Not exactly. In the couple of years since I moved back from the States, crowdfunding has gone from being unheard of to being almost omnipresent. There are now so many platforms up and running in the UK, and it is sometimes hard to differentiate between all the crowdfunding sites that exist.

For me the choice was pretty simple: as a non-profit, I wanted to find a platform that would not just support and uphold Spark+Mettle’s charitable aims, but also one that contributed to the third sector itself.  I found it really appealing that Buzzbnk was a social enterprise itself, over 60% owned by charities, and thus gives back to the third sector. For similar reasons to choosing a wind-powered website hosting provider, I went for Buzzbnk: I felt reassured about my sources.

Some key tips from a first-timer

Even with carefully-crafted rewards, it was hard to incentivise people. In fact, I had to resort to being far more resourceful. I quickly whizzed up a little animation that took many of my nights (and days) and tried to explain not only what Spark+Mettle is, but also why we were trying to fundraise the way that we were. I was secretly—well, openly—hoping would go viral. Sort of…

After 60 days, some sweat and tears, we made it, with change to spare. Buzzbnk provided tips and tricks along the way, and they are currently developing a suite of videos and other resources to make it even easier to manage a successful campaign.

The key things I learned that will help me become a more effective (crowd)fundraiser are:

Building a movement is no easy thing. But once you’ve got things rolling, and you’ve created a community who are invested in what you do: there’s no better way to make your work succeed and be sustainable.

To crowdfund for either donations or loans through Buzzbnk, visit www.buzzbnk.org

This article was first published on 15 November 2011