Getting the most out of crowdfunding 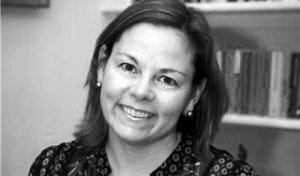 Getting the most out of crowdfunding

Crowdfunding is a fairly new and very exciting way to raise money for your project or organisation. It is, in the words of our co-founder Michael Norton, “not just giving, it’s co-venturing”. In other words, this is a new way to connect with backers and donors, a two-way process that allows them to feel invested in your project and for you to forge strong links with your community.

If you have a start-up business or a new project within a growing organisation, crowdfunding is a great means of remaining in control while seeking out early-phase financial backing. You set the timeframe, you set the budget, you set the milestones en route to your end goal. If you can make a convincing case for your project, if you have appetising rewards or returns for your backers and if you are proactive while running the campaign, then you have a really good chance of raising the money you need to get your new venture off the ground.

Crowdfunding is most successful when an organisation is energetic about harnessing its online presence and finding innovative ways of spreading the word about its crowdfunding project.   It’s a common misunderstanding that crowdfunding platforms have a ready-made group of backers who are all longing to throw down their money at the next great idea (although at Buzzbnk we would like to change that and build a community of repeat backers over time).

Saying that, if you are able to attract your community to your crowdfunding page, you will be more than likely to convert them to becoming backers. There’s a theory that if you have at least 10 or 12 ‘project supporters’ on your page then people will feel more encouraged to join in with the crowd. One tip we always give to new Buzzbnk crowdfunders is to encourage friends and family to support as soon as the project goes live, so that by the time you send the information out to your wider community, there’s already a good number of people on board.

At Buzzbnk the projects generally fall into two categories: the tortoise and the hare. They will attract support at massively different rates, but both stand a good chance of winning. What counts is commitment to keeping the crowdfunding project active – obviously having a deadline is helpful, but we always advise projects to think about how much reach they have and how much time they have given themselves to raise their target. For example, raising  £10,000 in 90 days means raising an average of  £111 per day – which is far above what most can achieve. On average, projects have raised  £13/day. That doesn’t mean we don’t see exceptions; our best donation based project raised  £150/day.   But you should beware talking in terms of averages: a large part of the total will be raised in those final few days as the clock ticks down.

Buzzbnk was one of the first crowdfunding platforms to go live in the UK. It’s unique in that it specifically supports projects and organisations that have a ‘more-than-profit’ motive, be they social enterprises, cooperatives or charities. It is also unique because it is the only UK crowdfunding platform that can provide loans as well as straightforward donations. Our most recent loan-based crowdfunding project raised over  £110,000 as a five year loan at a 6% annual interest rate. Another project has raised over  £45,000 as a five year loan at 5% annual interest.

But, you ask – do you not need to be regulated by the Financial Services Authority in the UK? The laws regarding financial services and promotion are complex. Buzzbnk, like other organisations involved in “peer-to-peer lending”, spent considerable time and investment to work with lawyers specialised in this area of regulation. The conclusion we reached, also in consultation with the FSA General Counsel, is that Buzzbnk does not need to be regulated. The short reason is that Buzzbnk facilitates bilateral unsecured lending – but there are many conditions on how this must be executed.

But what about the future of Crowd-funding? Will there be an easier way to allow organisations to raise any type of finance from the public without the cost and burden required now by the Financial Promotions Act?

There are moves afoot in both the US and UK. In the US, there are in fact three bills in front of congress proposing different crowdfunding exemptions. And in the UK, there is a government consultation on alternative finance, which also covers crowdfunding.

But let’s go to first principles – which are to protect the consumer from investing in something which they cannot afford to lose all or part of the funds and for which they understand the nature of the risk they are taking.

To address this, most crowd-funding exemption proposals limit the maximum exposure a person could invest on crowdfunding platforms and second to limit the maximum an organisation can raise. For example, one of the US bills proposes a maximum of $500 or 1-2% of individual income, depending on income, plus a $2,000 cap on people’s total annual investment in CF-exempt securities. Each organisation can have total offerings at $1m with audited financials and $500K without.   And appropriately, the bill also requires the hosting crowdfunding platform to be fully vetted and registered.

At Buzzbnk we support such a development in the UK. The devil will be in the detail – to get the balance right between consumer protection and reducing the cost and burden of raising smaller amounts of finance. However, if we can get it right, and reduce the current confusion around regulatory status, crowdfunding could really unlock the potential of organisations to raise finance not just from the “usual suspects” (e.g. banks, high net worth) but directly from the public and those that support what they are doing.

This article was first published on 3 April 2012